Bonnie Raitt Returns With New Album – Just Like That…

Bonnie Raitt is a name extending from the early years of Rock music. Beginning in 1971, Bonnie Raitt championed the Blues with heavy swigs of Country and Folk to create a blend that suited her fans for decades. She has seventeen albums in release including her best-selling Nick Of Time (1989), and Luck Of The Draw (1991). Combined, these albums sold well over 20 million copies in the US alone.

On April 22, Bonnie Raitt returns with a brand new album – Just Like That…, and will once again give the world her blend of music over ten new songs. Just Like That… has a fore-running single out – “Made Up Mind”, which you can hear below. 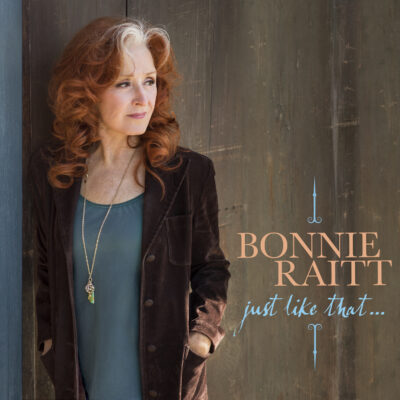 Just Like That… will be released on CD, DD, and two forms of 180g-weight vinyl LP that include standard black, and Teal color vinyl. The CD will contain a 16-page booklet. You can pre-order here.