In 1980, just as the transition to New Wave Pop was occurring, the synth band, Orchestral Manoeuvres In The Dark broke onto the airwaves with an ultra-promising debut album, It contained the hit “Electricity”, which gave the album the jump it needed to gain Gold in the UK. But it wasn’t long before the world had heard of the band, whose challenging moniker was shortened to OMD. They produced thirteen studio albums, most of them charting on world charts. After a decade layoff in 1996 and their reformation in 2006, they continue to tour to receptive audiences. OMD has announced a live album to be issued from (at this writing) upcoming March 14th and 15th shows at the Royal Albert Hall in London. The “Atmospheric & Greatest Hits” shows are themselves completely sold out and should be quite an event for those lucky enough to have procured tickets for the events. But if you haven’t and you’re an avid OMD fan, you will be treated eventually to the shows via expected format releases.

The album will be called Live At The Royal Albert Hall 2022. It will be grandly released over several formats and on a colored vinyl 3LP set later this year. There will be a 2CD set, a Limited Edition 4CD Photobook package, DD, and a 3LP Orange-color vinyl set. The 3LP set is expected in October at the earliest in 2022. The CD sets and DD will be issued in May. As expected, there is not a setlist or album track at this time. 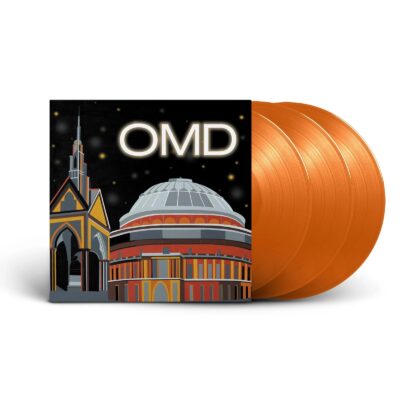 The Beatles: Get Back – Nothing Is Real