in the late ’70s and early ’80s, you couldn’t turn on a radio without hearing some Hall & Oates tunes. Of course, a good thing as the song hits were fun to listen to. But, as with many bands, the audience musical tastes changed, and Hall & Oates were not as popular. Nevertheless, they still churned out fan favorites, favorites like Marigold Sky. Marigold Sky was originally released in 1997.

On March 25, BMG will reissue Marigold Sky as an expanded edition. 2022 marks the 25th Anniversary of the album. The new reissue will add in three bonus tracks previously not included on the original set but on the CD only. Plus, this is the first time Marigold Sky has been released on vinyl LP. 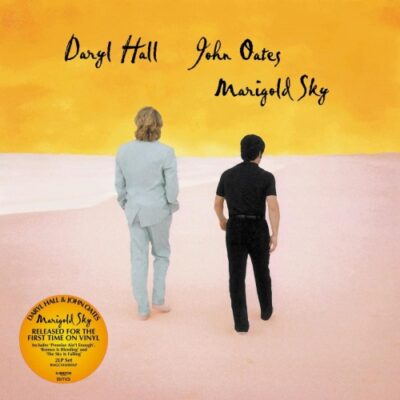 Marigold Sky will reissue on CD, DD, and vinyl 2LP.