Jazz Fusion was an important part of the Rock movement back as early as 1970 when John McLaughlin played with The Mahavishnu Orchestra. That band issued five charting albums for Columbia Records from 1971-1976. Beyond that, John McLaughlin recorded nineteen solo albums, a handful of collaborations including one with Carlos Santana on Love Devotion Surrender in 1973. Love Devotion Surrender went Gold.

On March 4th, BMG continues their The Montreux Years series with one featuring John McLaughlin. Naturally, it will be referred to as John McLaughlin: The Montreux Years. It will cover appearances between 1984 and 2016. Filled with six performances, this album will highlight McLaughlin with a variety of collaborations that include Mahavishnu Orchestra, 4th Dimension, and others. There will be seven tracks, all newly remastered for this set. 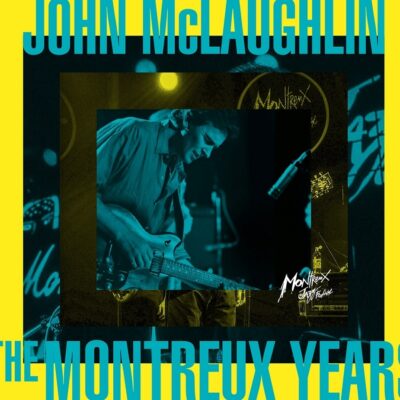 John McLaughlin: The Montreux Years will be issued on CD, DD, and 180g-weight vinyl 2LP. A combined CD/2LP set is available, too.