Alan Parsons helmed the Alan Parsons Project for 12 albums beginning with the original Woolfson idea for Tales Of Mystery And Imagination, a work based on the ideas of Edgar Allan Poe. That album set the stage for the enormity of the I Robot album that generated the first official single with “I Wouldn’t Want To Be like You”. Since, The Alan Parsons Project, along with Eric Woolfson, created conceptual albums that found a receptive audience.

Announced today, Esoteric Records plans a content-rich Deluxe Box set of 1980’s The Turn Of A Friendly Card to celebrate the classic album. The label, along with Alan Parsons, and Sally Woolfson (daughter of Eric), are working to produce a satisfying box for fans. 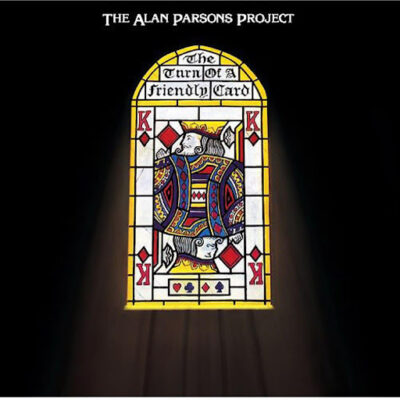 The Turn Of A Friendly Card produced the hit singles, “Games People Play”, and “Time”, along with a lesser charting song with “Snake Eyes”.

The Deluxe Box is planned for a release in the Spring of 2022. Watch for more details as the Spring moves closer.