Tomita: Why Don’t We Have Definitive Box Sets For Him?

In 1974, years after a well-received career in music in Japan, Isao Tomita released a bold re-imagining of Claude Debussy’s famed compositions termed “tone paintings” by Tomita. The album was a completely innovative and adventurous foray into the magical world of Debussy’s pieces using new electronics to create the sounds. The album bearing his name was Snowflakes Are Dancing. Issued after a little known start in pop music with electronic reproductions of popular songs (like “Hey Jude”, “Jumping Jack Flash”, “Bridge Over Troubled Waters”, “Imagine” and “Jailhouse Rock”), Tomita jumped into the charts with his innovative electronic classic crossover. The album charted at #57 in the US. 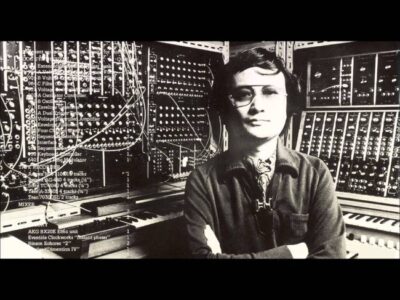 Following the haunting beauty of Snowflakes Are Dancing, Tomita released Pictures At An Exhibition (1975) exploring largely the music of Mussorgsky, Firebird (1976) which recreates Stravinsky’s Firebird Suite primarily, The Planets (1976) that explores magnificently the re-imagined Gustav Holst classic, The Planets Suite. By this time, Isao Tomita had achieved an enviable popularity rivaling many Rock bands. His further releases created The Bermuda Triangle (1978), and Kosmos (1978), both producing incredible renditions of classical pieces that include Star Wars, 2001: A Space Odyssey, Close Encounters Of The Third Kind, and a handful of electrified and by now uniquely Tomita versions of Bach, Wagner, Grieg, Williams, and more composers pieces. 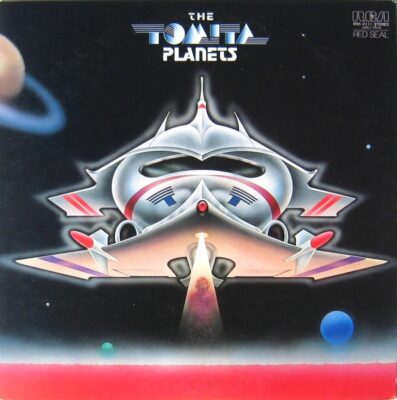 In 1980, six years after Snowflakes Are Dancing, Isao Tomita commanded enough importance to release a Greatest Hits package with 10 tracks on the original LP, and 14 tracks on the expanded CD reissue. After this, Tomita returned to concentrated albums of composers: Bolero (1979) featuring Ravel, The Grand Canyon (1982) featuring Grofé, and Dawn Chorus (Canon Of The Three Stars) [1984] that featured Bach, Pachebel, Rachmaninoff, and Villa-Lobos among others. But after a ten year run, music was drastically changing and Tomita sets were not as popular even though RCA released Space Walk in 1984 as a compilation set. 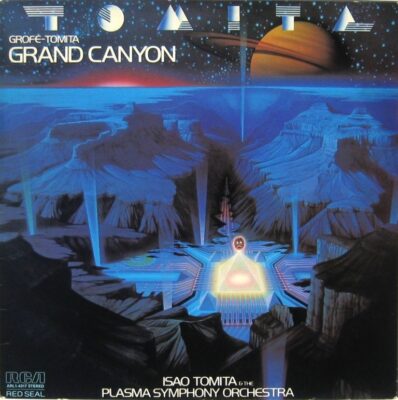 Well after these classic moments of time of an eleven year period, Tomita continued to issue music although many of the albums were issued only in Japan. His final album in release was Dr. Coppelius, a live show featuring his last composition before his passing in 2016 at the age of 84. There are live sets including the best-selling Live At Linz – The Mind Of The Universe (1985), and there are many samplers and collections. There are even excellent SACDs celebrating his classic works. Even his logo was stylized and recognizable.

Interestingly enough, the streaming services have very little of Tomita on their servers. There is Kosmos, Pictures At An Exhibition, and the placating Tomita’s Greatest Hits, but that’s it. Which leads me to the thought that the world of fans – and there are plenty of us – could be quite interested in the history of Tomita. And so…

There should be a all-inclusive Tomita box that provides all of his albums remastered or even remixed. You could easily create a beautiful hard-bound book filled with history of every album, notes and essays, photos, credits, various covers, and memorabilia. A frameable poster (I’d put one up in a frame!), and some more could be included. Break it up by periods but by all means start with the 1974-1984 period as it was his pinnacle period. Yes, unbelievers, he was this popular for many of us. Just ask RCA who owns his catalog! By the way, RCA, what’s the hold-up? Did you need this article to remind you who you have in your vaults?

Please, Tomita fans, spread this article around liberally.  If we can get the right people interested, perhaps a definitive Box set can materialize.

2 thoughts on “Tomita: Why Don’t We Have Definitive Box Sets For Him?”