There are many fans of the UK band, UFO. (I wasn’t initially, but my brother was an avid fan. I came around.) With over 20 albums in release, ten of those from their peak years (1974-1985), UFO is a solid interest for most. After Phenomenon (1974), UFO returned with a strong album, Force It (1975). From there, their essentials collected. 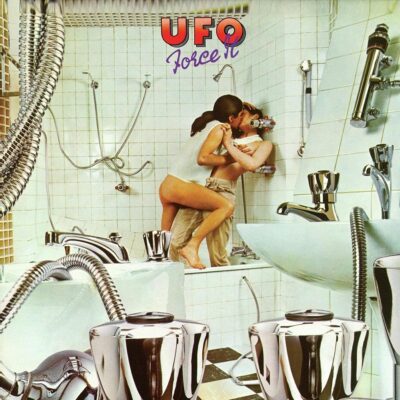 On July 9, UFO continues their revitalization of their classic albums with a 2CD Deluxe Edition of Force It. The songs of the original album are newly remastered (digital), with a 2nd CD containing a live set from The Record Plant in NYC on September 23, 1975. A bonus track of “A Million Miles” is added to this Deluxe 2CD package. The soft pack will be protected by an O-Card.

Thanks to Chrysalis Records for continuing the stream of UFO classics in new collectible forms.

One thought on “UFO To Release 2CD Remaster Of 1975 Classic, Force It”