Joan Armatrading has been a recording artist since 1972, and a performer for longer than that. Her self-titled third album for A&M Records went Gold in sales. Her albums up through The Shouting Stage (1988) generated high sales. It was her single from Joan Armatrading, “Love and Affection” that brought the British R&B singer/songwriter the attention she well deserved. Throughout her long career, she has released 19 studio albums, and a well-received live album, Steppin’ Out (1979). 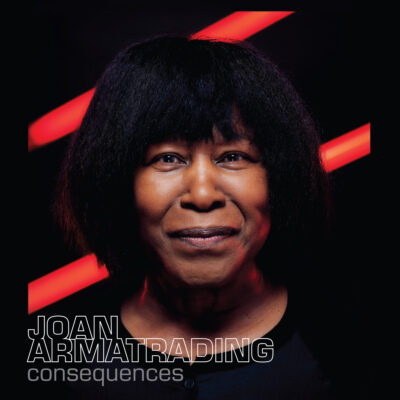 On August 13, BMG will release the DD edition of Consequences, the 20th studio set from the immensely talented Joan Armatrading. The CD and vinyl LP editions are currently scheduled for release on August 13. (This appears to be a new strategy to gauge potential interest in physical copies of artists, so be prepared for more of this type of action in the future for a wider range of artists.)

Joan Armatrading has released a single from the upcoming album, “Already There” (hear below). She hasn’t lost a step in her composition and her delivery. I’m ‘already there’.