In times past, some famous talents were in bands prior to their breakout era. And some of them formed bands within the sphere of their fame. For Donovan, this was the case with his affiliation with Open Road. After a series of classic singles and album releases, Donovan felt a need to expand by working with a Rock band. The band was signed to a label and released Open Road (1970). The album did well. Donovan left soon after but allowed the remaining band members to continue recording using the name of Open Road as a band.

Open Road expanded their base and issued a new album Windy Daze, (without Donovan), signing with a new label. The resulting album yielded a fresh prog-styled set of Folk, Jazz, and Psychedelic music fusion. The band was short-lived producing only one officially released album as Open Road. 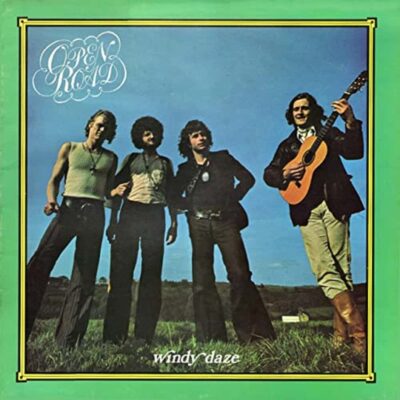 On June 25, Esoteric Recordings will reissue this delightful 1971 album, Windy Daze. This new reissue will feature brand new remastering, and a collection of 11 bonus tracks (9 previously unreleased). The previously unreleased tracks are actually recorded songs for their expected next album, which was shelved and never released officially. The other two bonus tracks are A and B-sides of their single issue for Windy Daze. This is a boon for collectors for random curiosities that existed in the young days of Rock and Roll. The booklet will feature a new essay about the band, notes, photos, and credits. The album’s original artwork has been restored.