Jim Dandy gave a lot of muscle to the musical collective known as Black Oak Arkansas. BOA was a band that proliferated in the ’70s when ten of their Atco, and MCA-released albums charted admirably. They are probably best known for their Top20 hit song, “Jim Dandy”, which rose from their 1973 set, High On The Hog. Over the space of 5 heated years, Black Oak Arkansas released 9 studio albums, and 2 live sets before phasing out like many did back then after a whirlwind of creativity. 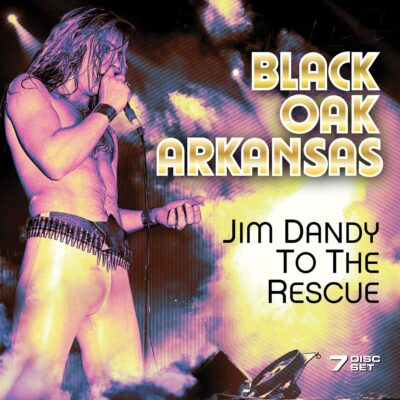 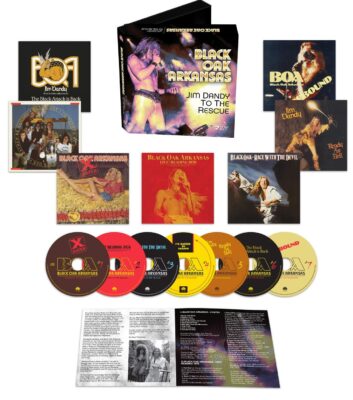 The set houses the CDs individually in LP-like cardboard slipcases, and includes a 12-page booklet (weak, if you ask me). The set is geared toward Black Oak Arkansas fan, especially those of the singer, Jim Dandy. All the more fun because it’s available now. And who didn’t like them some BOA back “in the day”?!