Between 1996 and 2011, Staind released seven studio albums and a singles compilation. With Elektra Records, Staind produced three million-selling titles, two of them multi-platinum in sales. They shifted over to Atlantic Records for the remaining three titles. After a hiatus, the band reformed for a series of live shows in 2019. Their breakout album was Dysfunction, released in 1999, reaching two million in sales. Their follow-up, Break The Cycle from 2001 wildly announced the band with its five-million copies sold. 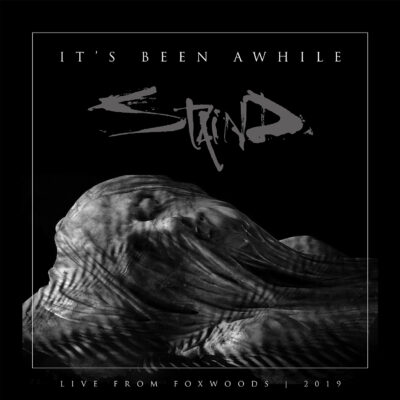 On June 25, Staind will unleash a new live set from a 2019 show. The new album is being called It’s Been Awhile – Live From Foxwoods 2019. The show was taped at the Foxwoods Resort Casino in the Grand Theater located in Mashantucket, CT on October 5, 2019. This show was also visually taped for future presentation. The show has a setlist of fifteen performance tracks including two encore songs.

It’s Been Awhile – Live From Foxwoods 2019 will be made available on CD, LP, and DD. The encore title track, “It’s Been Awhile” from the new album can be heard below.