For decades, the Dutch-based progressive band known as Focus released thirteen studio albums. Their prime years circle around 1970 through 1975. But even so, Focus remained to deliver classic albums way after those peak years ended. Of course, the albums were released in between a hiatus here and there, but the band maintained the excellence of their music even in their Focus 11 set issued in 2018. Jan Akkerman left after the Focus (1985) album leaving Thijs van Leer to gird the Focus name until he was rejoined in 2018 by Pierre van der Linden on drums for the Focus 11 set. Needless to say, Focus remains as one of the world’s influential and well-loved prog bands, a band with an original twist. 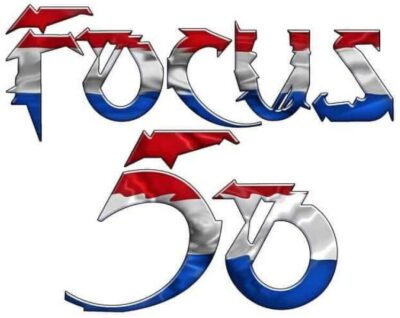 On April 30, Focus will release a 3CD/1BD collection set that will be known as Focus50: Live in Rio. Inside the set will be the full audio portion of the September 14th, 2017 Rio de Janiero, Brazil show at the Niterói spread over 2CD. Another CD in the set will include a re-recorded set of classic tracks that involve all of the FOCUS titles found in the studio albums (“Focus I”, “Focus II”, “Focus III”, etc), twelve in all. Those re-recorded tracks are assembled onto a CD referred to as Completely Focussed. The Blu-ray will contain the video of the taped 2017 show. The 3CD/BD box will include a booklet with photos, notes, and credits.