As the institution of Black Sabbath ages, so do their songs. The test of time goes into how resilient the music, the sound, and the quality of the songs have held up over the decades. With the 40th Anniversary of both Heaven and Hell (1980), and Mob Rules (1981) providing strong reason to dipping into the vaults for Deluxe editions of both titles, each of which were sung by Ronnie James Dio fronting the classic lineup in Heaven and Hell, and with the add of Vinnie Appice for Mob Rules. With a wealth of fans still interested, the add of bonus tracks among collected live sets coupled with the new 2021 remasters for the albums, fans get opportunity to update their libraries with expanded and remastered editions of Heaven and Hell, and Mob Rules. 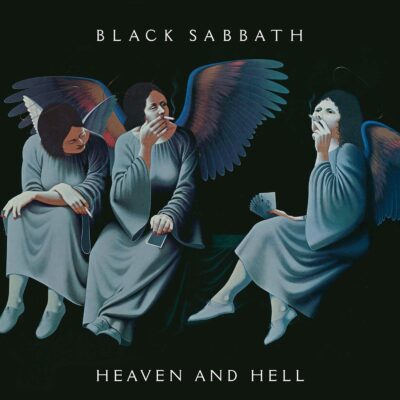 Heaven and Hell in a nicely packaged 2CD set provides two live B-sides (“Children Of The Sea”, Heaven and Hell”) from the limited issue of Live At Hammersmith Odeon (2007), and a Mono radio edit track of “Lady Evil”. The second CD is filled out with 8 previously unreleased live tracks, four from an August 10, 1980 show at the Hartford Civic Center, and four from December 31 – January 2, 1982 sets at the Hammersmith Odeon. The 20-page booklet delivers memorabilia and a well-written essay along with complete credits. 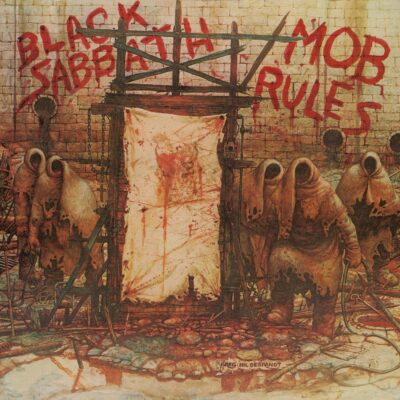 Mob Rules, also in a nicely packaged 2CD provides as bonus tracks studio versions of “The Mob Rules” as the Heavy Metal soundtrack version, “Die Young” as a live track B-side to “The Mob Rules”, and a new 2021 remix of “The Mob Rules”. CD1 is rounded out with the inclusion of live performance tracks, four from 2 sets at the Hammersmith Odeon (December 31, 1981-January 2, 1982), and two from a night at the Portland Memorial Coliseum on April 22, 1982. The show from Portland is continued on CD2 for 13 more performance tracks, all of which are previously unreleased. The included 16-page booklet richly provides an essay, memorabilia, photos, and credits.

As Anniversary Editions, these two CD packages do moderate upgrades with the remasters, although they are not compelling enough to run and buy the sets on the basis of those alone. What actually make these 2 Anniversary Editions desirable are the live sets and the bonus recordings. The performances showcases a top-notch and tight band still true to the sound of Black Sabbath. These unreleased recordings are well worth the interest alone. The booklets are fun to read and explore and contribute to the packages’ worth.

All in all, I’m pleased to have these if for nothing more than the books, the live performances, and the few bonus studio versions.