Tom Jones has enjoyed a wild career of Mom Pop and crossover Rock appeal. With this, he was able to heavily cement his career with more than a passing fancy of music and albums, he cemented it with a solid bedrock of fandom that stretched far and wide. Since 1965 with the release of his debut album on Decca Records, Along Came Jones, Tom Jones has released 36 full length albums, one that included a successful cover of the Prince track, “Kiss”. His Reload covers album from 1999 sold over 4 million copies worldwide and was his first Platinum album in his long and storied career. 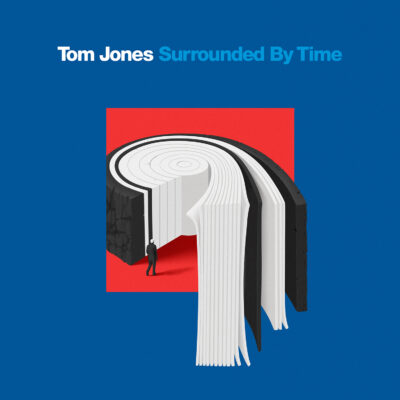 On May 7, S-Curve Records (distributed by WB) will release a new Tom Jones album. The album is being titled Surrounded by Time and will contain a collection of twelve cover songs delivered in the inimitable Tom Jones fashion. Surrounded By Time will be issued on CD and DD formats. Two songs from the album (“Talking Reality Television Blues”, and “No Hole in My Head”) can be heard below. (This new song is highly recommended. The 80 year-old crooner has redefined his style…again!)