Shake The Devil: The Lost Sessions Featuring Tommy Bolin To Be Released

Whenever I see the name of Tommy Bolin, I’m stunned to realize that he’s been gone a long, long time. In fact, he’s been gone for over 50 years having passed in 1976 at the young age of 25. His was a promising career in the uptick after his arrival and departure from Deep Purple for their Come Taste The Band (1975). Of course, he had worked on James Gang albums, and others, but his star began its rise with the high-profile Deep Purple gig. Afterwards, he released Teaser (1975) and Private Eyes (1976). The rest is history and sadness. 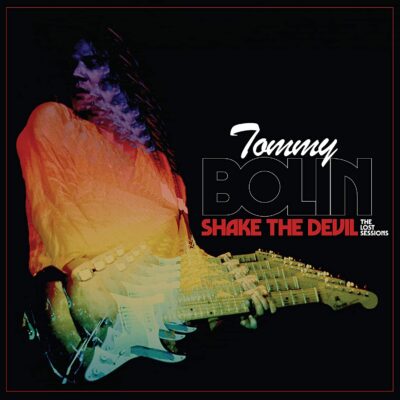 On February 12, Cleopatra Records will release a collection of lost tracks by Tommy Bolin. This 12-track album will feature demos, alternate mixes, and outtakes. The album will be called Shake The Devil: The Lost Sessions. The period these tracks represent music from the Private Eyes sessions. These tracks might have been better reflected in a Deluxe Edition issued by Legacy Recordings but Legacy rarely does things of that kind of interest much these days. It would have been nice to get a remastered original album with these extras tucked in the set. Thankfully, Cleopatra has picked up the Tommy Bolin ball and hit a strong grounder to left field with this issue.

Shake The Devil will contain a booklet with new notes, more photographs, and plenty of credits. Cleopatra will release Shake The Devil on CD, DD, and a collectible set of three color limited editions of vinyl LPs. Those will be white, purple, or red vinyl depending on your preference. The vinyl LP will be housed in a gatefold sleeve. You can order CD here, and vinyl LP here. 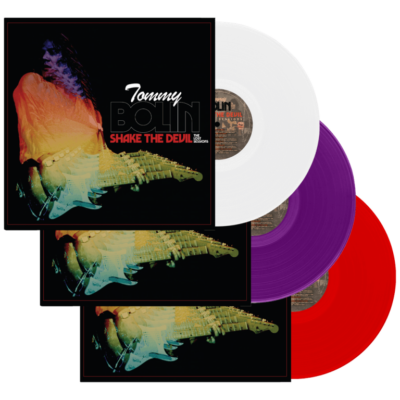 Like Paul Kossoff before him, the world was deprived of subsequent greatness due to a tragic death.