If you’re a fan of the ongoing stream of Psychedelic music that was originally birthed back in the late ’60s, then you likely enjoy bands like The Black Angels, Brian Jonestown Massacre, Elephant Stone, MIEN, and a myriad of other excellent new creators of the old style. One such band, Dead Meadow, has been with us since 1998 and delivering seven studio albums, two live sets, and a John Peel sessions release. They are also a favorite on the Levitation Festival stages. 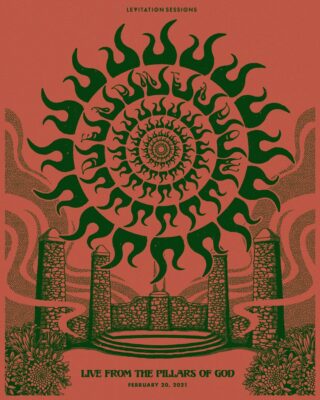 On February 20, Dead Meadow will participate in a Live setting for Levitation Sessions on a web-streaming platform at 7pm CST. The cost will be $3.98 for the “ticket”, and $9.98 for the “ticket” and the audio download of the show. The show itself is expected to last approximately 70 minutes. Dead Meadow will reach into their 20-plus year career of recorded music to create a ‘best of’ performance experience for fans. The video will be available online in unlimited viewings throughout February for “attendees” before shutdown. The download of the live performance is promised to be delivered within 24 hours of the show. Those streaming tickets can be purchased here. 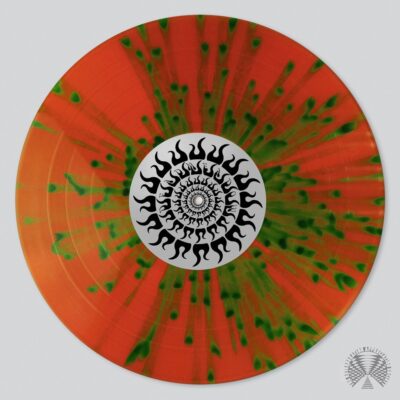 In late March, a cassette of the show – Live From The Pillars Of God –  will be made commercially available. In early June (maybe earlier), copies of the show will be made commercially available on orange colored vinyl with green splatter effect. This live album will be a truncated version of the 70 minute show and will be complied by the band themselves for this limited edition vinyl release. Copies are limited to 500 and can be ordered here. The exclusive Live From the Pillars of God tie-dyed tee-shirts can be ordered for delivery in early March (here).

There will be an all-inclusive package that includes a signed copy of the vinyl LP, a cassette, and an exclusive tee. You can order that here.