The Band Celebrate 50 Years Of Stage Fright With Deluxe Box

The Band is one of our long-standing originals that delivered to us classic and timeless music. Songs like “The Weight”, “The Night They Drove Old Dixie Down”, “It Makes No Difference”, and “Up On Cripple Creek”, to name but just a few, were and still are gold tracks in many of our playlists. 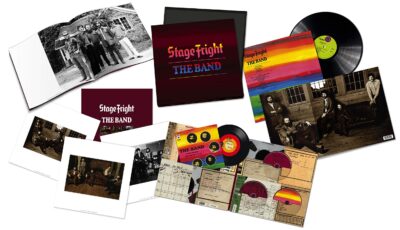 Stage Fright, released in 1970, is The Band’s third studio release. It was previously reissued back in 2000 with bonus tracks. Currently, Stage Fright is celebrating its 50th Anniversary and will do it with style on an expanded Deluxe Edition that will stuff in 2CDs, a DVD of new 5.1 Surround and Stereo mixes, a 180g-weight version of the newly remastered album, and a 7″ vinyl single of “Time To Kill” b/w “The Shape I’m In”. This new 50th Anniversary Edition of Stage Fright is scheduled for February 12 of 2021!

Additionally, 3 lithographs are being packed in along with a packed booklet. The music is newly remastered by Bob Ludwig. There will be nine previously unreleased bonus tracks of alternate mixes and demos, as well as full coverage of the June 1971 Live at The Royal Albert Hall. 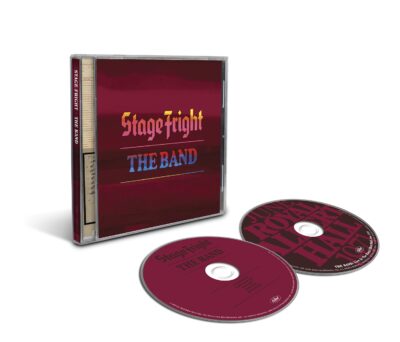 This new remaster and anniversary package will also be delivered in 2CD and single CD editions. A single vinyl LP set is also being made available. Below is a 2020 remix recording of “The Shape I’m In”.