’60s-era Psychedelia music was a time of complete exploration and experimentation. There were a host of these kinds of bands that got some music played on late-night FM, while others enjoyed a nice AM selection one-hit on AM Radio.For the most part, manh of these bands ended up in obscurity. One of these bands is known as The Misunderstood. This band released an album called Before The Dream Faded, issued in 1966, and The Legendary Gold Star in 1965. I admit to having heard only one track on FM and only the one track. So, it’s nice to “discover” an upcoming collection that I can enjoy from my “missed” files. 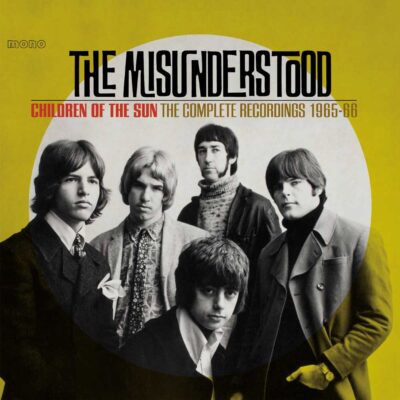 On February 26, Cherry Red will unleash a The Misunderstood collected set being called Children Of The Sun: The Complete Recordings 1965-1966. This set will feature 2CDs with all known tracks from the band, some previously unissued.

The music on Children Of The Sun: The Complete Recordings 1965-1966 have been newly remastered for this collection. A booklet with more photos, credits, and new liner notes, as well as involvement from the original band are included.

If you enjoy – as I do – Psychedelic Music, both new and old, then this is a definite pickup for your library. The Misunderstood were excellent. Please enjoy a sampling below in a YouTube offering of “I Can Take You To The Sun”, included in the set.

Back in 1982, Cherry Red reissued Before The Dream Faded.

Children of The Sun: The Complete Recordings 1965-1966 – The Misunderstood