Passenger To Release New Album, Songs For The Drunk And Broken Hearted

Passenger is the stage name of Michael Rosenberg. Once the name of his band, Michael Rosenberg opted to retain the name after the dissolution of the band after only one album (Wicked Man’s Rest – 2007). Pursuing a solo career, Michael Rosenberg (as Passenger) released Wide Eyes Blind Love in 2009. By the time of his third solo album, Passenger was beginning to make his mark on the listening and growing fanbase. Flight of The Crow (2010) gave Australian fans a reason to be happy. The charts certified the album Gold. With that influence and the release of the popular hit song, “Let Her Go”, Passenger‘s fourth album, All The Little Lights exploded with interest and presented Michael Rosenberg with international success. 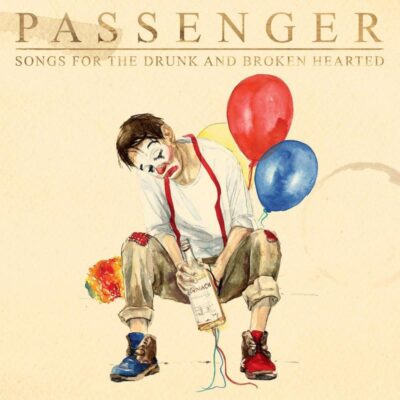 On January 8 of 2021, Passenger will release his new album, Songs For The Drunk and Broken Hearted. It will be delivered with a slate of ten brand new compositions. The album will be released via Nettwerk Records in the US market. It follows closely on the heels of the digital only release of Passenger‘s previous album, Patchwork, which was issued on July 10 of 2020. As a bonus for bundle purchases of Songs For The Drunk and Broken Hearted, Patchwork will be included as a limited edition CD and vinyl LP. (You can explore those here.)

Songs For The Drunk and Broken Hearted will be released on CD, Deluxe Edition 2CD, DD, 2LP (black vinyl), and a collection of various bundle offerings.

Songs For The Drunk and Broken Hearted – Passenger