From time to time, you may find TAP touting unfamiliar names with upcoming new albums. These are posted because we think you might like the kind of music that we find exciting. For years, I have watched neo-psychedelic music grow to the point it could have a musicFest all its own, For that, there is the Levitation festival, previously known as the Austin Psych Fest. It is a mature twelve-year old annual three-day event. There’s one for Texas, and one for France. One of the bands playing great psychedelic music is The Black Angels. Their last album was Death Song, issued in 2017. (We understand a new album is expected perhaps by early 2021.)

One of the architects of The Black Angels is a busy guy by the name of Alex Maas. In 2018, he helped create Mien (the band) and help to record a well-received debut album for them. His sixteen year tenure (and counting) with The Black Angels has been fruitful yielding five excellent albums from the band. We now are told that Alex Maas will release his first solo album this year. 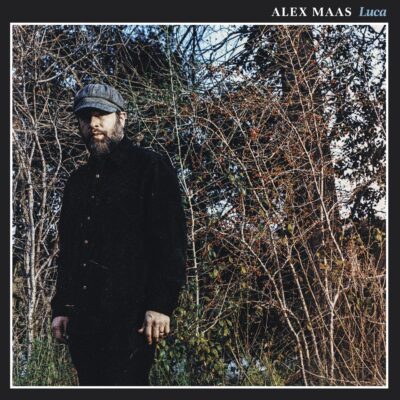 On December 4, Alex Maas will release Luca with ten new songs. One of the songs is currently out (“Been Struggling”) as the album’s first single, and can be heard below. Luca will release from Innovative Leisure Records on CD, DD, and vinyl LP.  I hope you’ll give it a listen. You can pre-order here.