Sufjan Stevens released his first album, A Sun Came , at the turn of the new millennium in 2000. But it would not be until his fifth album, Illinoise, that he would gain a larger audience. Released in 2005, Illinoise received a wealth of critical praise that it was well deserving of. In all, the singer-songwriter, who launched his own label to release his albums (through Asthmatic Kitty), has produced nine studio sets. He also launched the careers of Lily & Madeleine through his label. 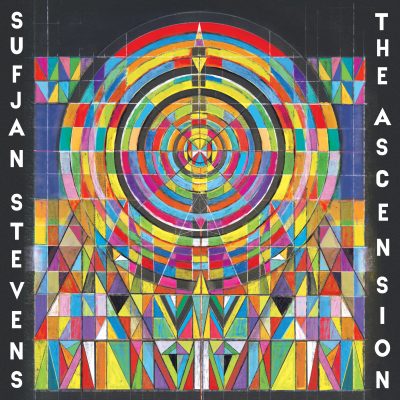 On September 25, Sufjan Stevens will release his tenth with The Ascension. This new album will contain fifteen new tracks including a 12-minute+ tune called “America”. On July 3, the first single from the album (“America”) will release digitally. It will be released as a 12″ 45RPM vinyl single on July 31 limited to only 1500 copies (currently sold out), and will be backed with a 10-minute + non-album track, “My Rajneesh”.

The Ascension will be released on CD, DD, Cassette, 2LP Black vinyl, and a limited edition 2LP Clear vinyl. The accompanying booklet will be 16-pages and contain original drawings.