When you mention Eno, there is the readily recognizable surname that everyone automatically applies to Brian Eno. And rightfully so. After all, Brian was an essential member of Roxy Music, created a handful of classic solo albums, and helped further the acceptance of ambient music into the world of Rock. He is also involved in the production of some of Rock’s greatest albums. However, there is a sibling, Roger. Roger Eno released a handful of beautiful ambient classics that are largely unknown except by strong Eno fans. His 1985 gem, Voices, is a tour de force that will capture your attention immediately with its haunting piano treatments. Previously, Roger had joined Brian and Daniel Lanois on a collective called Apollo, issued in 1983. 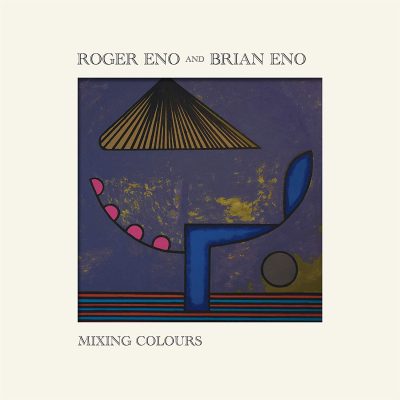 On March 20, Roger and Brian Eno team up again for an ambient work aptly entitled Mixing Colours. This new  album is being released by Deutsche Grammophon. Mixing Colours will feature 18 tracks, one of which can be heard below, “Celeste”. On first listen to “Celeste”, you will immediately recognize the brilliance of Roger Eno and his style.

Mixing Colours will be released on CD, DD, and vinyl 2LP (nothing fancy).