Fans of Cream, Ginger Baker’s Airforce, Three Man Army, and by extension (for the Gurvitz brothers), The Graeme Edge Band, will recognize the name of the Gurvitz brothers (Adrian and Paul), long integral parts of the early scene of Rock and Roll, as well as Ginger Baker, drummer for Cream. Eventually teamed, the collective became the Baker Gurvitz Army. For their duration, they released a strong set of three studio releases between the years of 1974 and 1976 before breaking up. All three studio sets (Baker Gurvitz Army – 1974, Elysian Encounter – 1975, Hearts On Fire – 1976) interested and pleased the ‘under the ground’ flow of music lovers with songs never destined for large-scale Pop success. 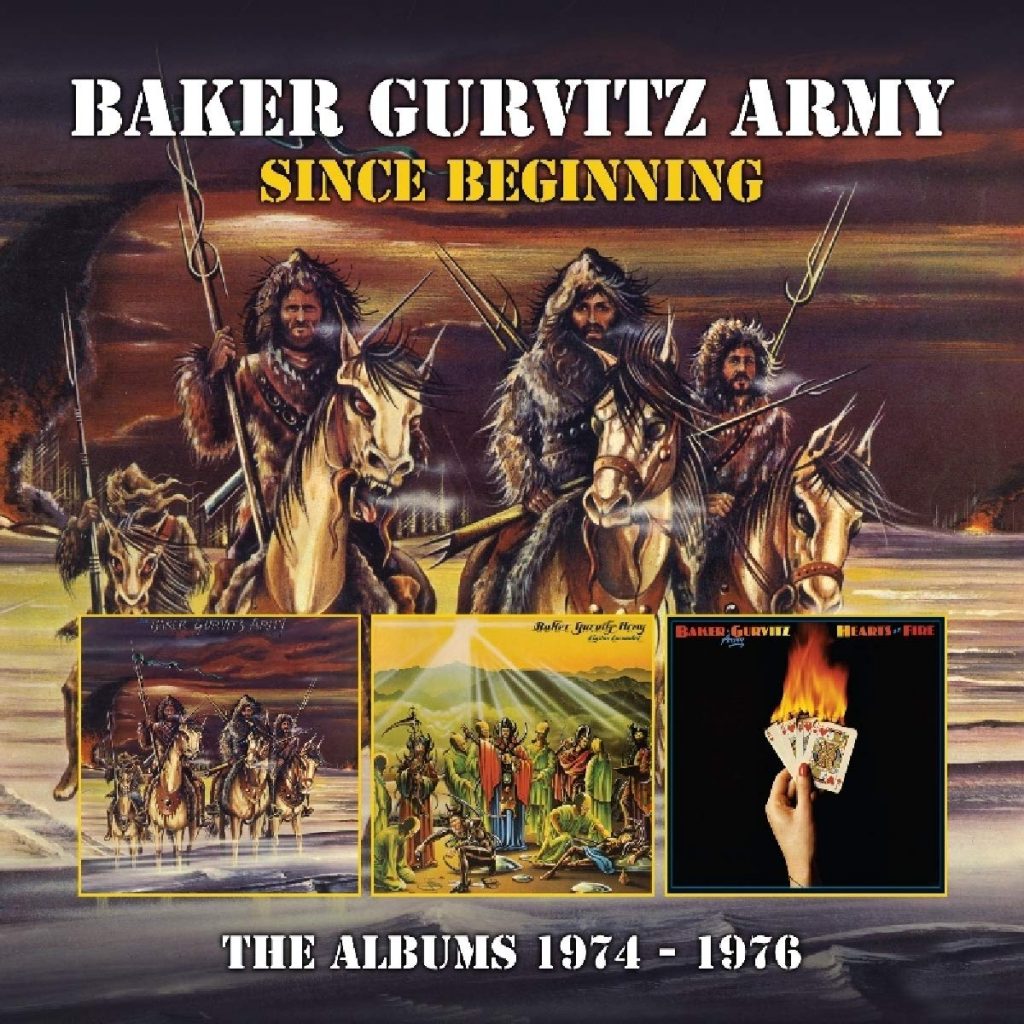 On April 26, Esoteric Records will release a 3CD box called Since Beginning – The Albums 1974-1976 celebrating all three Baker Gurvitz Army album releases with newly remastered music of each album, bonuses of four live performance tracks, a richly designed booklet with notes, photos, and credits, and an included poster.

(Side note: While Baker Gurvitz Army is great all on their own, I HIGHLY recommend listening to all The Graeme Edge Band releases where the Gurvitz brothers prominently feature.)