I won’t rehash the deep details of how the early 1990s rock scene thoroughly upended the culture. I’m sure you can find plenty of that elsewhere and, anyway, it’s not that interesting a story anymore. Suffice it to say that the sound of bands like Nirvana, Alice in Chains, and more posed a credible challenge to the cartoonish excesses of hair metal. (Others will tell you – and they’re not entirely wrong – that the long, sprayed, teased hair; hippie glasses; eyeliner and makeup scene was reaching the end of its shelf life anyway, so a serviceable rival from wherever had a shot at knocking down the champ.)

One of the biggest of these rivals was Pearl Jam. Born from the remnants of Mother Love Bone, in league with comrades like Soundgarden, and in love with the strands of early, rambunctious rock from groups like The Who and Neil Young & Crazy Horse, their album Ten (1991) both honored and shook up the institution of rock. Produced by Rick Parashar and later remixed by longtime producer/cohort Brendan O’Brien, there was no reason why people wouldn’t gravitate to it. The curiosity was how thoroughly they took to it, making celebrities and icons of a band whose name is a euphemism for semen.

By 2000, however, Pearl Jam was not shaking up the status quo. They were the status quo. In 1998, Pearl Jam recorded “Last Kiss”, a cover of a 1960s song by J. Frank Wilson and the Cavaliers, an example of the notorious “dead teenager” tunes of the time. (Jimmy Cross spoofed this convention with “I Want My Baby Back” which only slightly amplified the melodrama of these tunes.) They had taken on Ticketmaster’s predatory business structure. 1994 found their third album, Vitalogy, debut on vinyl long before it was again on-trend, and the record went full-retro by resurrecting the original logo of their label, Epic Records, to commemorate. They integrated Middle Eastern touches to their music on 1996’s No Code. They put out Yield in 1998 to great fanfare and controversy due to the uncanny resemblance of lead single “Given To Fly” to Led Zeppelin’s “Going To California.”

All told, there wasn’t much left to batter down a short attention span after roughly a decade of extroversion. The most jarring part of 2000’s Binaural is that it was the first studio album since Ten to not be produced by O’Brien (although he mixed the majority, with producer Tchad Blake handling mixing for four of the thirteen songs). Even this is not particularly earth-shattering. Blake is loosely affiliated with a production gang that also includes Mitchell Froom (who contributes keyboards here) and T-Bone Burnett. All three tend to go for very dry, low-reverb (if any) atmosphere just as O’Brien does and, even then, O’Brien’s mixes regularly lean to his inclinations. Audibly, few could distinguish the sonic structure as being different from previous efforts.

The culture was prepping for yet another change. Just a year before the events of September 11, 2001, which would instigate a couple of significant consumption shifts, rock had lapsed into bad habits. The so-called grunge movement had codified stylistic “isms” that were cemented in rock songs on a surface level. Whereas a song from 1992 or 1993 might lyrically hint at a fascination with self-harm, or abuse as a child, or declare that things aren’t all rosy and bright as television claims it is, late-decade tunes kept the dour demeanor but lost the context. It retained the aggressive, jarring guitar tones but eschewed the reasons why they were there. Bands had won the war, but nobody told them the war was over, so they kept slipping on the uniform for no credible reason. Used CD resale bins started filling up with these.

After 2001, popular music relieved its tensions through rap and hip-hop. Rock gravitated to the shift by grafting rhymes into hard rock/metal backing tracks, giving rise to the nu-metal genre. It was as if there were an agreement: we can’t fight buildings and planes falling from the skies, but we can assert some sort of dominance at street level.

The other shift was that country music experienced another resurgence. The style regularly gets lumped in as the de facto soundtrack of “the common man’s music,” so a particular strain of jingoist machismo crept into the larger culture as a reaction to the events of 9-11. Suddenly, Lee Greenwood’s “God Bless The U.S.A.” was being played again, thoroughly unironically. Toby Keith commanded, “We’ll put a boot up your ass – it’s the American way,” and audiences ate it up. 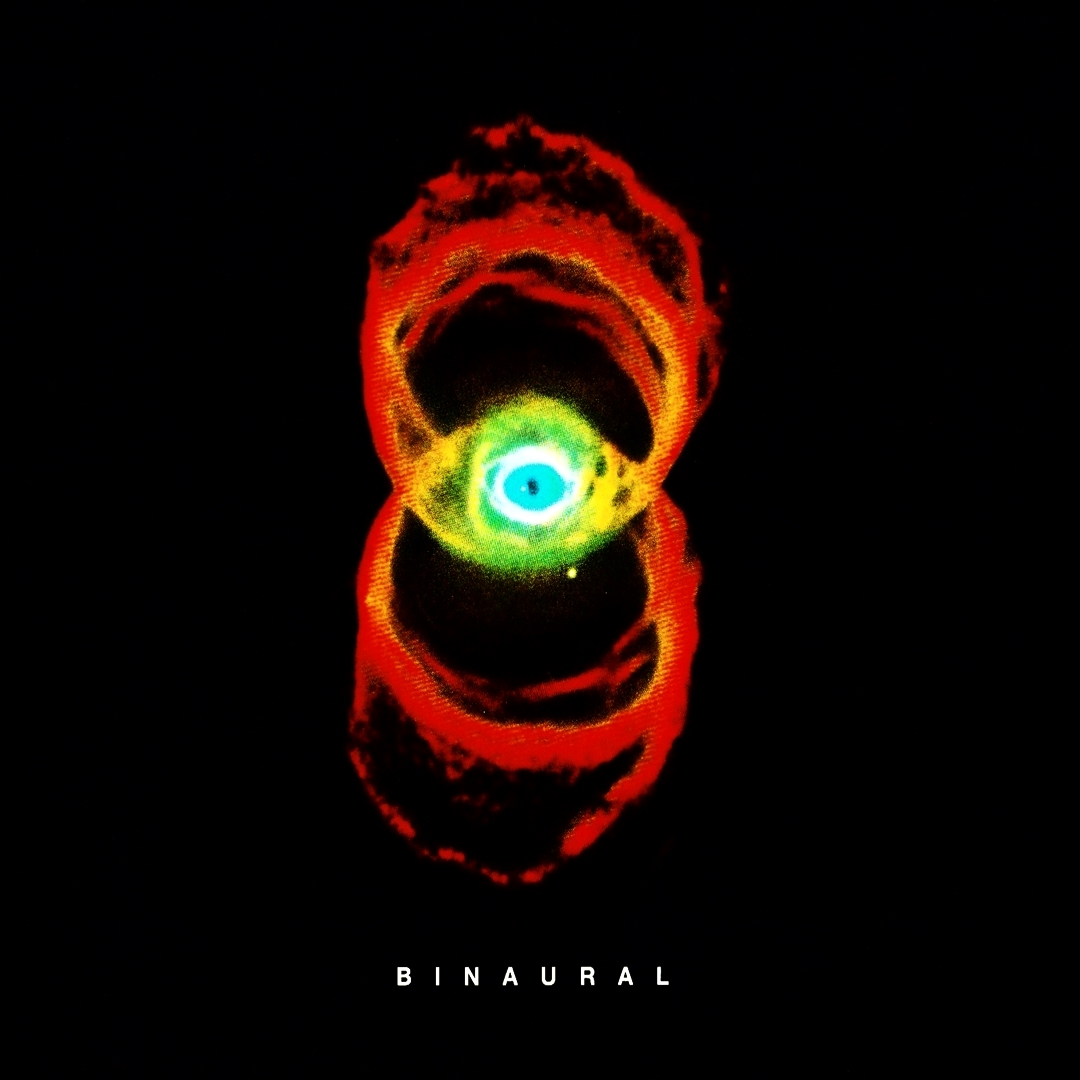 What does this have to do with Pearl Jam’s Binaural? I posit that this shift in allegiances would have happened with or without the shock of the terrorist attacks. They certainly exacerbated the shift, but without them, the audience was still tired of four-chord guitar and a semblance of self-reflection, just as they were tired of Poison, Motley Crue, and Warrant in the late-1980s.

It’s kind of a shame that the record gets lumped in with the concept that it was doomed by the zeitgeist. It’s not a bad album. It’s simply an unremarkable one. Binaural features a strong run of tunes from track three, “Evacuation,” to track seven, “Insignficance.” Both “Light Years” and “Thin Air” are charming, but so in-tune with classic rock as to render them indistinguishable. To their credit, even if it doesn’t sound like credit, “Thin Air” could have been done by Tom Petty and the Heartbreakers and there would not be a hint of a fault. Pearl Jam won the revolution by surviving, but their reward was to become what they seemingly rebelled against, being conformity with traditionalism.

When I listen to Binaural today, I am reminded that it is by no means a failure. It’s not as if they did something so drastic as to cause fans to unload their collections and permanently swear them off. It is that, had the record come out in an earlier time, it would have been regarded much higher and not viewed as an effort merely of great competence.

The band is, today, an institution and I think they are at peace with it. Many of their peers of the day have passed on or given up the band life. If you had a kid when Binaural was released, they would be on their way through their senior year of high school, and neck-deep in researching colleges. They’d be approaching the age that many of Pearl Jam’s longtime fans first experienced them in 1991. What was initially aggressive and transgressive is now a form of “Dad-Rock.”

In short, things looked and felt so very different if you were there experiencing them. You saw the rabble roused and the firebrands throwing their homemade weapons, and then saw their relevance taper off, even as they continued to deliver solid, albeit staid work. That’s what Binaural tends to be – a record that is good enough to keep, but far too easy to talk around than to talk about.