In a lot of ways, I am Charlie Brown: I lost my hair earlier than I planned for, have low self-esteem, and have a predilection for redheads and women who steal the ball away just as I’m about to kick it. I didn’t grow up with the Peanuts gang as I grew up as a part of them.

I’m not alone, either. That much can be surmised by Concord Music Group’s continual reissuing of material related to the character, first under the Fantasy Records imprint and now under their Craft Recordings subsidiary. Other people along with me are still prepared to buy into this long-cherished product line. 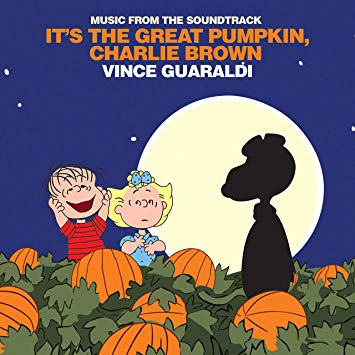 However, I may be seeing an end to this habit soon.  It’s not that the release of the soundtrack of It’s The Great Pumpkin, Charlie Brown radically alters the music from the celebrated holiday special of the same name, but that choices were made in the construction of this disc that are puzzling in the least and wrong-headed at most.

Not much can be said against the music itself. Composed and performed by Vince Guaraldi and his sextet in 1966, the music (along with the deathless A Charlie Brown Christmas which bowed in 1965) made modern audiences sit up and say in unison, “Oh, that’s jazz? I don’t mind that at all!”

If legend is correct, Peanuts creator Charles M. Schulz was a jazz fan and insisted upon such be the score for the Christmas special, much to television network CBS’ dismay. They thought it was too old and specific to a generation before their target audience – kids – to succeed. CBS also complained about Linus’ recitation of Biblical verse about the birth of Christ toward the end of A Charlie Brown Christmas, which was in full a critical jab at the commercialization of a religious holiday. It may be apocryphal, but the story goes that Schulz said, “It’s this way or no way,” and CBS obliged.

Not only was the original special a success, it has remained so annually for more than half a century. In other words, Vince Guaraldi was, from that moment, the musical voice of Peanuts moving forward, and there’s nothing wrong with that. It’s The Great Pumpkin is the beneficiary of Schulz’ insistence.

But there is something wrong about the It’s The Great Pumpkin soundtrack. The audio sounds struck directly from the monophonic television program soundtrack, which is fine, I suppose. It is not that the music audio is completely unavailable – it appeared a few years ago on Concord/Fantasy’s Charlie Brown’s Holiday Hits. If this is to be a faithful reproduction of the show’s soundtrack, so be it. 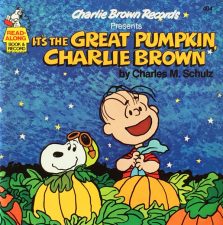 I emphasize “music audio” because the music here is also presented with the sound effects, but not the dialogue. These are some of the puzzling choices that I mentioned before. As a fan, I could have easily accepted either the strictly music-only version (or as much of it as was available) and the full audio version as a sort of audioplay. In fact, back in the late-1970s, former Disney parent company Buena Vista released that exact soundtrack as a children’s book and record set under their Charlie Brown Records label, but this was on vinyl LP and cassette, well before the digital age.

Craft Recordings had an opportunity to take full advantage of a 78-minute compact disc and have both the full audio version, dialogue included, and the music-only version on the same disc. Instead, we have some odd half-measure here that doesn’t quite honor either the television special or Guaraldi’s contributions.

I feel that this is a missed opportunity. The kids who not only grew up with the specials but with those book and record sets are now parents (and some, grandparents) themselves. I feel like they might welcome the greater permanence of either a CD, a digital file version, or a re-released vinyl LP version of the complete, unexpurgated It’s The Great Pumpkin, Charlie Brown, but instead of either getting to kick the football or having it yanked away fully, we got a bit of contact the ball and Lucy’s hand, and no satisfaction in either direction.

I hate to say it, but looking down into my bag of treats, I got a rock.