Joe Jackson is prepping a new studio album, Fool, to be released on January 18. A single, “Fabulously Absolute,” has been released and has a punky edge fans may not have heard in many years.

According to the album’s press materials, the record was co-produced by Jackson and producer Pat Dillett (David Byrne, Sufjan Stevens, Glen Hansard, etc.) The backing band is Teddy Kumpel on guitar, Doug Yowell on drums, and long-time collaborator Graham Maby on bass.

The album follows up 2015’s Fast Forward and comes through the Ear Music label. 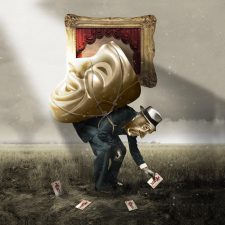