BMG is taking a new and different approach to classic albums. With the start of a new reissue series, The Art Of The Album, the label will present the most recent remasters of a classic album by a revered band. One of the first offerings will be Demons and Wizards by Uriah Heep.

This title was originally reissued in 2017 with a new remaster and additional tracks as essentially an alternative Demons and Wizards album. With this new introduction, the album will be presented as a value of art rather than just new songs from a favored band. 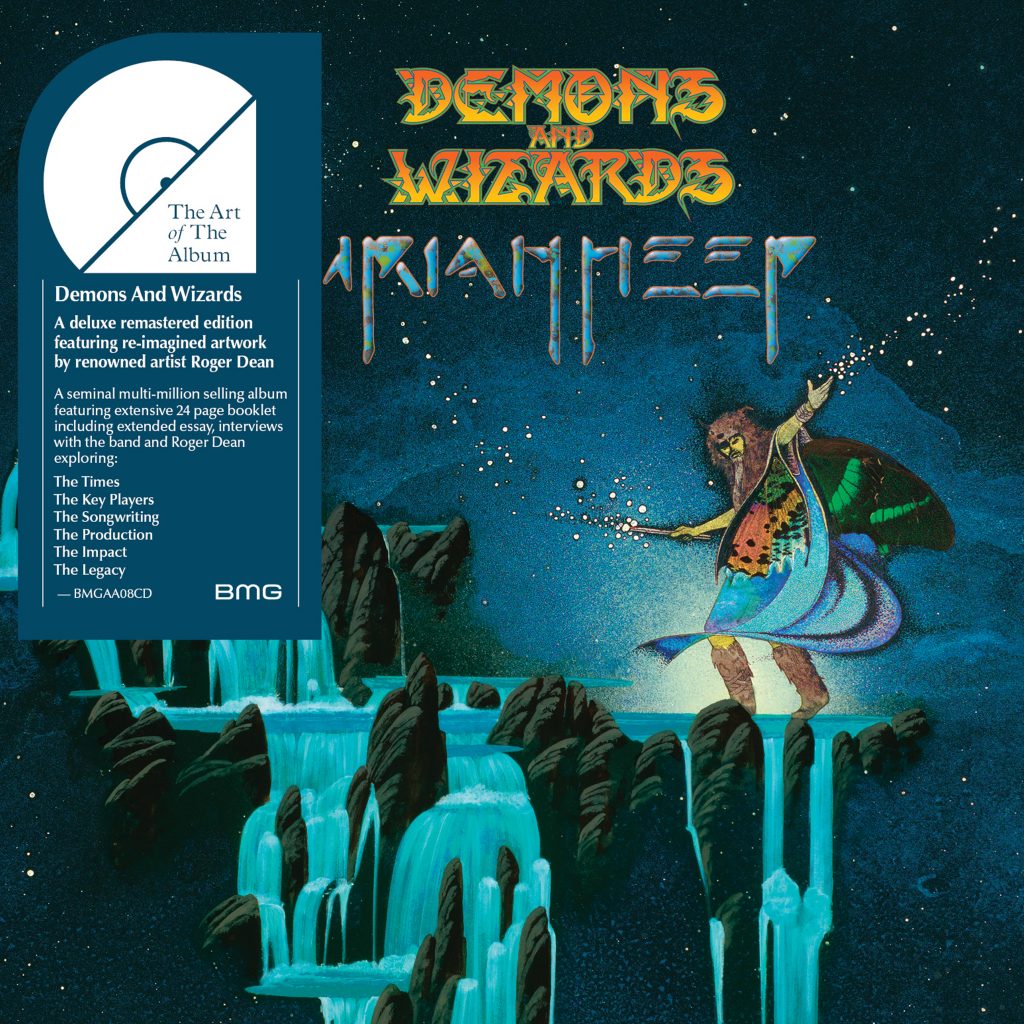 On November 30, BMG will reissue Demons and Wizards. For this re(re)issue, the original cover of the album is reimagined by famed artist, Roger Dean, who paints a cover similar – and familiar – to the original.

There will be no additional tracks as included with the 2017 reissue. The album feature only the original tracks. An included booklet will explore the album as art with a new essay discussing the legacy, the times, the band, the impact of the album, and other things surrounding the album itself.  The booklet will present new interviews with the band, and Roger Dean on the new art for the album.

This release of Demons and Wizards will also be made available on 180g-weight vinyl LP, and will include an exclusive 12″ sleeve art print of the new Roger Dean artwork.