Marcela Bovio (MaYaN, Ayreon, Stream of Passion) talks Patreon, the fun of sharing vocals in a band, and the rewards of solo work. 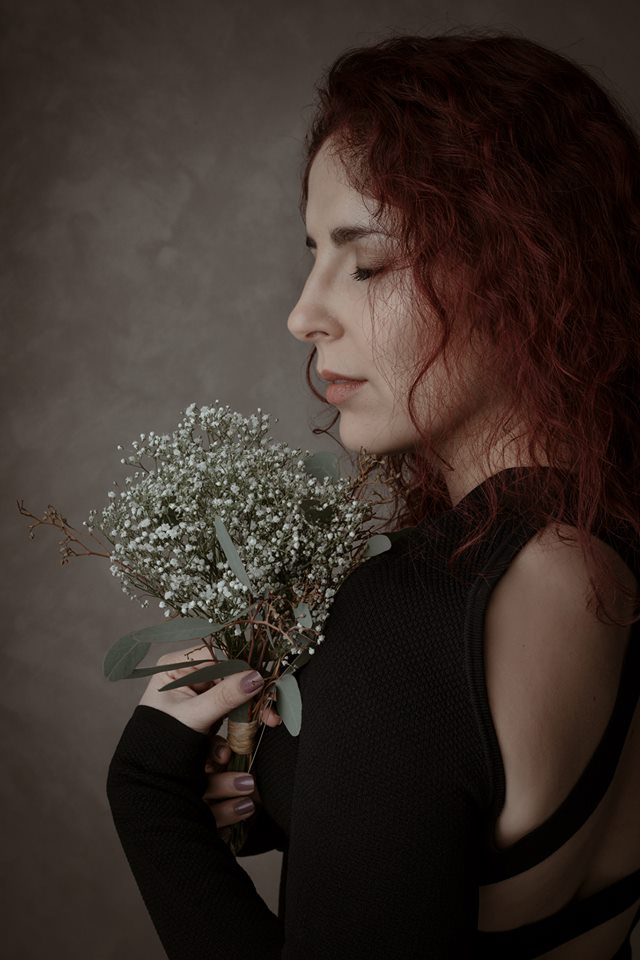 Thanks so much for taking the time to chat, Marcela.

Like your previous two solo albums, the upcoming Through Your Eyes focuses on your voice along with piano and/or string accompaniment—you’ve called it melancholy chamber pop. Why take this approach to the albums you release under your own name, rather than producing, say, a metal album?

Many reasons. I wanted to do something different, something where I can show a more sensitive and fragile side of my voice; and I love, love string instruments so I wanted to do something that involved real strings. I also like the fact that these recordings are live, so we record everything at once; it is way more organic than a metal album. Plus, this kind of music is much more natural for me to write; I’m not good at playing guitar which is essential to write a metal album.

You’re collaborating again with Joost van der Broek & Erik van Ittersum. What do these collaborations bring to your music?

Joost is just the obvious choice for me when it comes to the production; he’s the best, plus he’s a friend so he gets me and my music. And Erik is just so fantastic: he’s a wonderful musician and arranger, plus he’s very dedicated and enthusiastic.

Joost *is* the best, and seems very much in demand as a producer these days. How did you first begin working with him? Can you offer an example of how he *gets* your music in a way that another producer might not?

I knew Joost through Arjen Lucassen and Johan van Stratum. They both had a lot of trust in him, so that’s why we chose him to produce the second Stream of Passion album, “The Flame Within,” and continued to work with him ever since. An example of him “getting” it: sometimes we would be stuck with a song, either during the writing or the arrangement; and he would always come up with a great idea on how to go further. I know he knows what kind of mood and arrangements I like and are characteristic of my music, his suggestions are always spot on.

For the writing of Through Your Eyes, you solicited song ideas from fans, then built each composition around around specific, often personal themes. What did you enjoy about this process?

I really liked being able to focus on someone else’s stories and ideas. I was in a very dark place when I was writing the songs because of several things that happened; and it was a relief to not have to write about what was going on in my own head. 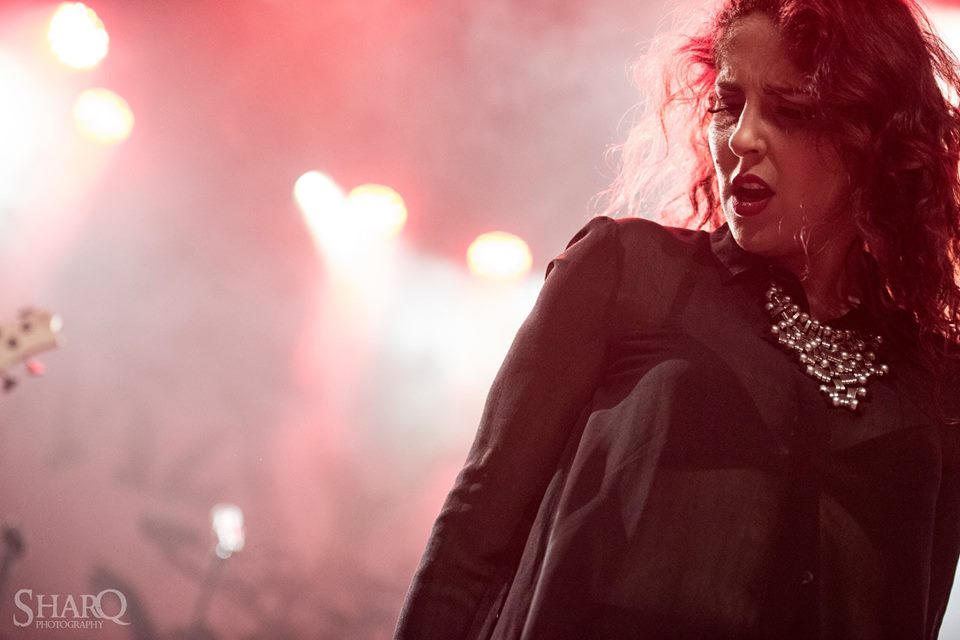 What have you found most challenging about using the Patreon platform?

I think my biggest challenge with Patreon is to make sure that I organize my workflow in a way that I don’t have to spend so much time doing administrative things and more time creating music and singing.

I can see how the interactive nature of Patreon could generate a lot of administrative work when you and the fans are really there for the music. What drew you to Patreon over other crowdfunding platforms?

With Patreon I liked the idea to have a sort of “special club”; a place where I can share with my supporters more than I would normally do. I also like the idea of constantly creating, and experimenting with different ideas and styles.

The new song “Magic Powers” is an ‘ode to ginger cats,’ one of whom you post pictures of every Caturday. What’s special to you about the *gingerness* of your ginger kittie?

Haha well when discussing it with Avi, who I wrote the song for and who also has a ginger cat, we figured that ginger cats have a very strong personality. They are, it seems to us, so fond of attention and being noticed. Mine likes to hang around me all the time and demands attention and playtime, in a very vocal way. 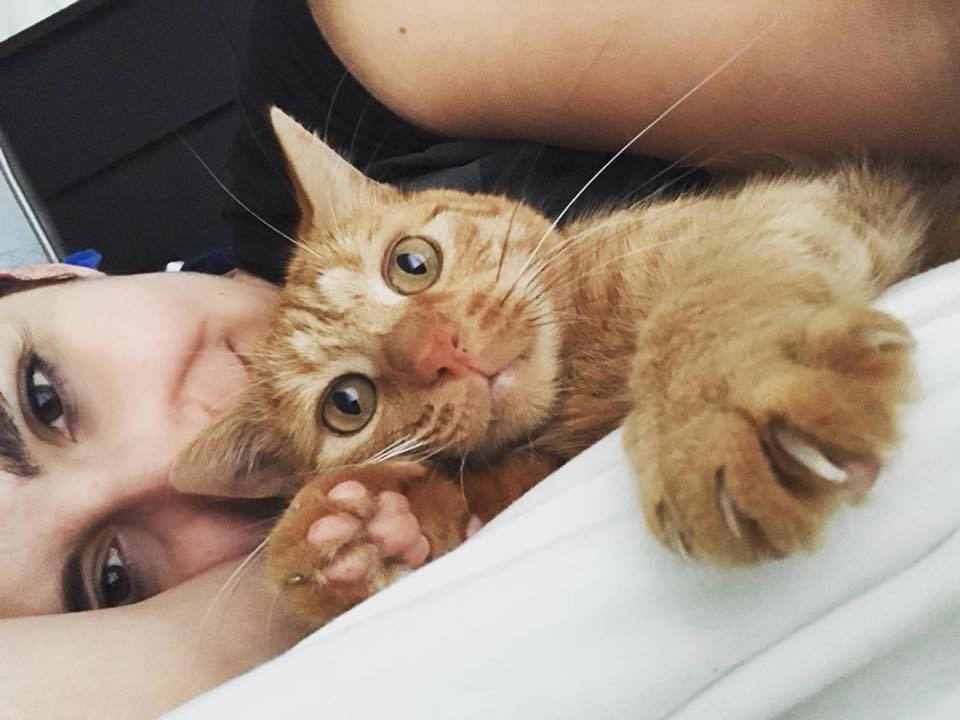 Maybe you should write a song for your cat to sing! That would be a fun bonus track.

Hahaha a track sung by Monkey would be great!

You’ve sung with MaYaN for several years now, and have a new album out with them. What do you like about being one of six vocalists in the band?

I really like the vocal team that we are with MaYaN. Because each singer is so incredibly good at what they do we can all just play our strengths; meaning that the shows are of super high quality. I also like it that we get to sort of “tag team” on stage, alternating voices on the songs, which makes the shows super fun to watch. Plus they’re all such nice people!

Do you have a favourite song on Dhyana?

I love “Satori”! Laura sounds like a goddess on that track. 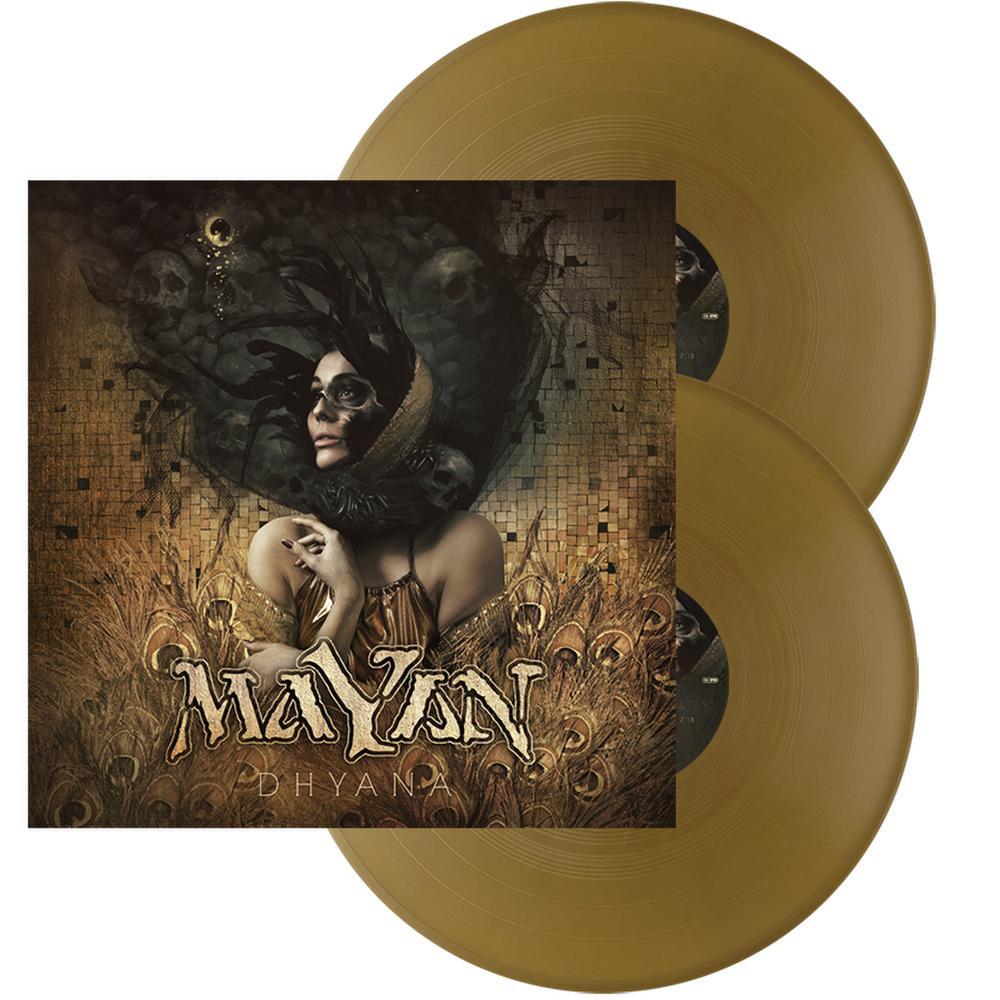 For your experience as an artist, what differs between band work and solo projects?

It’s like team and individual sports. On a team you share the responsibilities, the falls and the triumphs; and everyone has to agree on a strategy, otherwise the team won’t succeed. Meaning that sometimes you have to put your opinion aside and think of what’s best for the whole team, for a song, for an album…On my solo project I get to call all the shots, do things exactly as I want them to be. So if I make a bad choice or a great choice it’s all on me. It’s more nerve wrecking but also more rewarding because I’ve done all the work on my own. But I love them both. I love exploring my own ideas, and I love making music with awesome people!

Speaking of band work, MaYaN isn’t the only metal project you’ve been involved with recently, is it? You’ve shared a bit of a secret with your patrons…can you let the (ginger) cat out of the bag for the wider public now?

Unfortunately no, as we’re still making a lot of decisions! But yes, there’s more metal in my future!

Well, folks will just have to join your Patreon to find out more then. Do you have a release date set for Through Your Eyes?

Right now I think it will be the first week of December.

Will the album be available on vinyl, as your previous album, Unprecedented, is?

No plans on releasing vinyl as of now.

Any plans to tour your solo material?

Are your Facebook artist page and Patreon the best ways for people to keep up with all things Marcela Bovio?

I think the very best way besides Patreon is my newsletter, that you can subscribe to here (you get three free songs from my previous solo albums when you do) https://www.marcelabovio.com/free-music

Thanks so much for chatting, Marcela. Listening forward to more music from all your projects.

Dhyana, Marcela’s latest album with MaYaN, releases September 21, 2018, on Nuclear Blast Records. Her upcoming solo album, Through Your Eyes, is being released right now via her Patreon in advance of a December 2018 release.