Marianne Faithfull is a one of our classic icons who has marked the decades ably with her steady stream of music. Not only has she explored the Pop market back in the ’60s, but she owned the late ’70s and most of the ’80s with now classic albums like Broken English (1979), and its eclectic list of brilliant follow-ups. As she moved into the new Millennium, she continued to create a string of excellent albums in remaining in step with the times. Her last was Give My Love To London, released in 2014. 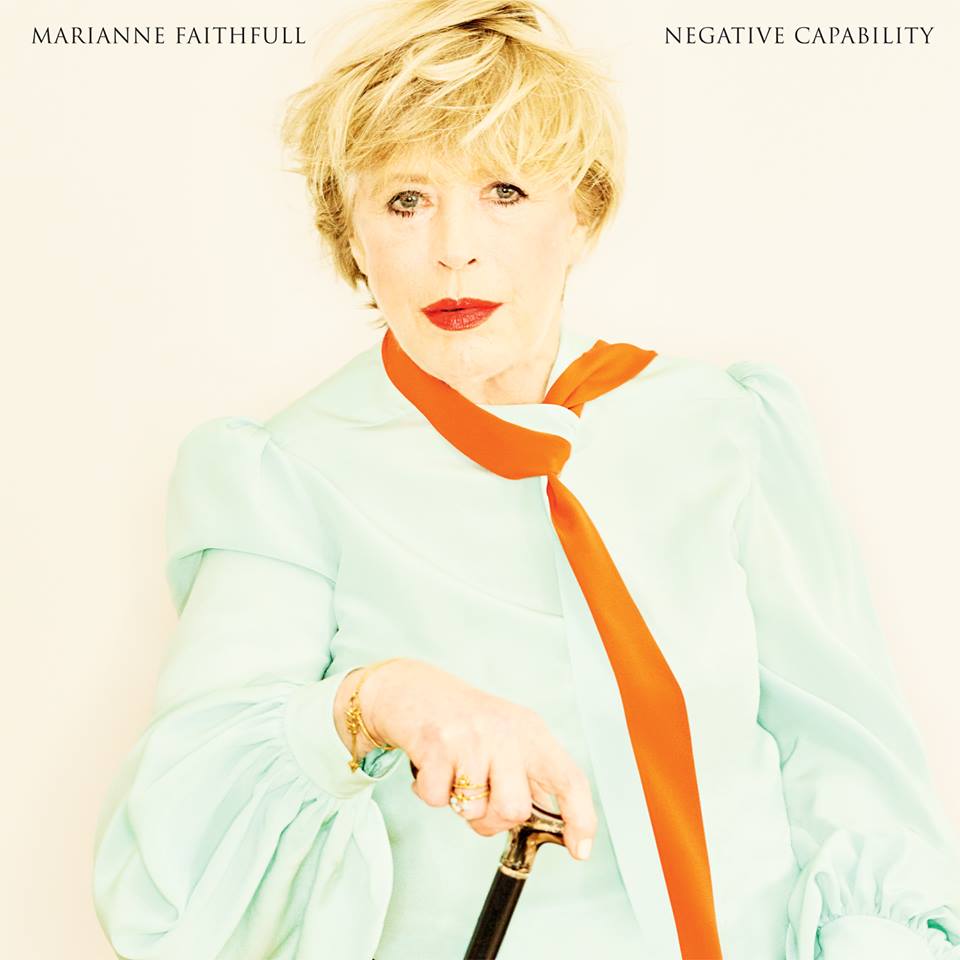 On November 2, BMG will release the twenty-first studio set from Marianne Faithfull. It is to be called Negative Capability, a title acquired from John Keats that relied on uncertainty and accepted flow of thought without the need to think things through.With this as a basis to recording, Marianne Faithfull has set out to deliver eleven new recordings, one the newly released single, “The Gypsy Faerie Queen”, co-written with Nick Cave. Nick Cave also sings on the album with our iconic artist.

Negative Capability explores a lot of conceptual territory. The new album contains several covers including The Stones’ “As Tears Go By”, and Dylan’s “It’s All Over Now, Baby Blue”.

Negative Capability will be issued on CD, Deluxe Edition CD (With two bonus tracks (a radio edit of “No Moon In Paris”, and an alternate take of “They Come At Night”), DD, Deluxe Edition DD, and two vinyl sets, single and 2LP.