There is a vast history of music out there that few people know of, some of which never made it to compact disc. Others were released so far back in that medium that these efforts could be considered “lost.” It comes from all corners, from obscure indie and punk bands that thrived in the “cassette-only” trade, to progressive rock groups that never quite found their audience and subsequently broke up. Some players found new bands, and some didn’t. The faded memories of these entities are now stoked again, provoking sometimes feverish sales and auctions through Ebay and Discogs. Rarity, after all, is an important factor in the world of investment. 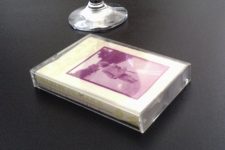 But music is more than simple day-trading. That super rare pressing of an album may have lived with an owner for decades, and he or she may have wanted so much more for that release they treasure than to hoard it and occasionally trot it out for their own satisfaction. They want to celebrate the work, and they want others to hear it.

A market has opened up for a new breed of independent music labels. They remember those lost classics and now have the capacity to return them to the world, very often as vinyl LP reissues. Such is the case for Mark Allender, Record Label Executive for Allender Creative. His upcoming project is the reissue of the (initially) cassette-only West Coast Diaries Volume 2 by Charlie Peacock. We’ll discuss the parenthetical statement in a moment.

First, a little background about Peacock. A jazz pianist initially, Peacock has also been a bandmate (in the new wave group Vector), a producer (for The Seventy Sevens, Steve Scott, and for The Civil Wars), and songwriter. In fact, Peacock’s vocal phrasing is so specific, Amy Grant followed it near-phonetically when she recorded his song “Every Heartbeat,” which ended up as a huge hit for her. His eponymous album on Island Records, released in 1986, featured Brent Bourgeois and Larry Tagg (Bourgeois-Tagg). The Island deal did not bear out the way all involved thought it would, through no fault of the record itself. This was, for better or worse, the era of U2’s The Joshua Tree, and Island was going to put its money where it believed it would be multiplied. Frankly, stockholders insist you do just that.

With the deal behind him, Peacock joined back up with Vector bandmate Jimmy Abegg and with singer Vince Ebo. They struck out as a trio. Through their small union, the West Coast Diaries tapes emerged.

Now that we are caught up, we asked Mark Allender about his effort to set Volume 2 back before the public.

Allender: West Coast Diaries 2 is my absolute favorite album of all time. Like most folks’ favorite albums of all time, I have a lot of personal memories attached to it. So a couple years ago, I reached out to Charlie of Facebook saying, “You should do a vinyl release of WCD2 using the original cassette artwork.” He foolishly replied, “Great Idea!” So with the knowledge that he was tempted by the bait, we began a long series of conversations that led to me laying out the LP and running the Kickstarter campaign.

MusicTAP: Could you help me place Charlie’s work in the minds of those unfamiliar with him?

Back in the 70’s, rock and jazz acts could conceivably play in the same clubs – and even open for one another. Bands like Steely Dan and early Chicago are testaments to that. As they started to separate themselves from one another, Charlie seemed not to have received the memo. His albums from the early 80’s – though clearly pop albums – always had a jazz feel to them, both in arrangements and in instrumentation.

Charlie was touring in support of the Island album in 1987 with an incredible ten-piece band. Everyone who saw them play raved about them. Trouble is, large bands like that are expensive, and this limited the number of places they were able to play. Or even travel. Then whaddya know? Charlie lost his record deal with Island. So in 1988 for the festival circuit, Charlie went on the road with just Jimmy Abegg on guitar and Vince Ebo on supporting vocals – and in the absence of a new album, Charlie put together a compilation of demos as a sort of “tour-only” cassette release. It was called West Coast Diaries. 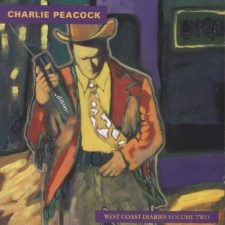 The Charlie Peacock Trio (as they came to be known) was an unusual act because they began life as a ten-piece jazz-rock band. In the trio, they basically played their parts as though the other seven people were still there. In this respect, Jimmy’s acoustic guitar was not an “accompanist,” it was the damn philharmonic orchestra. And Vince’s vocals were a solo instrument. They captured something magical and transcendent with the power and intimacy of their instrumentation. So in the fall, after the festival season was over, they went recorded a handful of tunes live in the studio for another tour-only collection that was called West Coast Diaries Volume 2.

The trio continued to tour and a third cassette-only collection of demos was released called West Coast Diaries Volume 3. But even as Volume 3 was being released, negotiations were in order for Charlie to be signed to Sparrow Records, and his first album for them was called The Secret of Time – which featured several of the tunes that had appeared on the West Coast Diaries cassettes.

The three West Coast Diaries collections were officially released through Sparrow Records. Why Volume 2 as the first effort to be reissued?

Volume 2 is unusual in that it is the only one in the series specifically recorded to be released. Nearly all the music on vols. 1 & 3 was never meant to be heard by civilian ears. They are rough and imperfect. So it is highly unlikely that the other WCD volumes will get a vinyl release. 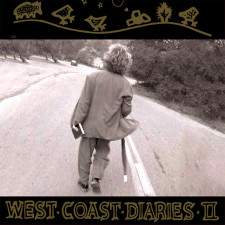 As a side note, if you ask me, Charlie’s sense of “imperfect” is up near my sense of “amazing.” Those demos reveal an honesty and a humanity that his more polished studio work buffs out. That is why they were so popular – and why Sparrow decided to release them as a set in the 1990s. And indeed, I’d say those demos give context for much of his later work. So though they probably will never be pressed into vinyl, they are profoundly important to his musical career.

What are the challenges you expect to confront when working with this material?

Honestly, the challenges at this point are financial. The hard work has all been done. We have a recent remaster from 2008 that sounds incredible that we will be using. Plus I reconnected with the original photographer from the cassette release to lay out the jacket and inserts. All we have to do is fund the campaign!

At one point, the trio of Charlie, Jimmy Abegg, and Vince Ebo included Mike Roe (The 77s), too so of course, it wasn’t a trio at that point. Does Volume 2 focus strictly on the trio or are there overlaps?

No – Mike was gone from the group fairly early on. He tells a great story about it that you can find on YouTube though! That said, the actual Trio with a capital T had not exactly officially formed yet at the time of the recording. There are two songs on Volume 2 that feature piano instead of guitar – one of them played by the mighty Roger Smith of Tower of Power. He really cooks on that track!

If this reissue goes well, are there plans to continue?

I’d say probably not – at least in terms of the whole West Coast Diaries series. That said, there are a few tunes here and there from Volumes 1 & 3 that still fit into the Volume 2 universe. Notably “My Mind Played a Trick on Me” from the first album. Just Chuck and Jimmy wailing away. Oh man – that song’ll kill ya. I’d love to put that our on a 45rpm single one day. My local watering hole has a jukebox that needs some Charlie!

Give me an impression about the responsibility you may feel toward this music and its reintroduction to print…what are your thoughts in regard to this undertaking? 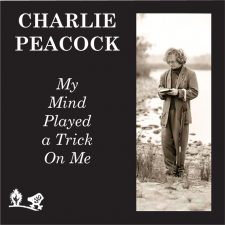 Well, the music is available digitally everywhere. It’s not like people can’t hear the music on their own, albeit at the mercy of headphones and iPhone speakers. At that time in Charlie’s career, this collection of tunes was not an official Album with a capital A in anyone’s mind. It was more like the next issue of a magazine. My goal is to elevate this little gem to its proper place among his other recordings, with high-quality mastering and pristine quality sound reproduction – all on a good durable 180gram platter. I’m working with a pressing plant in Cleveland that is among the best in the business. And the artwork is going to be great. We were inspired by the foil-on-black look of U2’s The Joshua Tree and are emulating that color palette. This is truly going to be a fine package.

The Kickstarter campaign for Charlie Peacock’s West Coast Diaries Volume 2 is on now. You can find out more here: https://www.kickstarter.com/projects/markallender/charlie-peacock-west-coast-diaries-vol-ii-vinyl-re