Sep 10, 2018
As a musician, writer, and comic strip author, Dan Pavelich has positioned himself as a triple threat. A former member of the band The Bradburys, Pavelich has created a series of records over the past decade either as a solo performer or with various contributors. One of those,  Lost Hits of the 80s, was a creative challenge to him to make a “forgotten greatest hits” record employing many of the tricks and tropes of the era into brand new compositions. 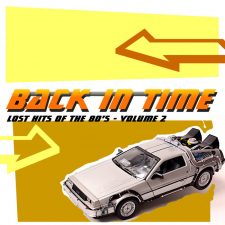 In early 2018, Pavelich and Futureman Records Chief Keith Klingensmith (from the band The Legal Matters), concocted the notion of revisiting this alternative universe, opening the process up to friends and colleagues. The resulting Back In Time: Lost Hits of the 80s Volume Two launched in late May. All proceeds from the collection will go to the Michael J. Fox Foundation.
MusicTAP had an opportunity to speak with Pavelich, a busy guy who also writes and draws the comic strip Just Say Uncle. He shared details about where the compilation’s ideas came from and what he wants to see happen with it.
[bandcamp width=100% height=42 album=3485539854 size=small bgcol=ffffff linkcol=0687f5 track=81143108]
The genesis for this project actually came much earlier with your project Lost Hits of the 80s. Could you describe what that was initially? 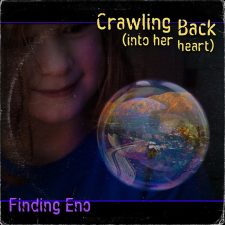 I was going to matinees of old 80’s movies like Back To The Future and Pretty In Pink. For the first time since the 80’s, I was hearing all of those great soundtracks with fresh ears and minimal nostalgia. Underneath all of the synths and drum machines, I was really noticing for the first time how great the underlying songs were. My new appreciation also had me remembering how diverse pop radio was in the 80’s. It was not unusual to hear Bon Jovi, Sinatra, Blondie, The Scorpions, English Beat & The Beatles, all on the same station. I really wanted to try to hit on as many styles as I could with volume one.

How did the idea of what was essentially a solo project of yours evolve into a Volume Two, and when did you decide to bring other people in?

A lot of musicians and bands that I know have tinges of 80’s influences in their contemporary releases, so I thought they might be interested in joining in. I was excited at the prospect of everyone going their own way, and they did. It turned out being one of my favorite records that my label has ever been involved with. Everyone really brought their “A” game and dug deep. My invitation to join in was often returned with a comment like “I always thought about doing something like that myself!”

Back In Time has a very cool premise. Playing off the concept of alternate timelines, which was an integral idea in the Back To The Future movies, this is something like a “Best of the 80s” in an alternate reality. Was all of this baked into your original premise for Volume One or did it grow afterward? 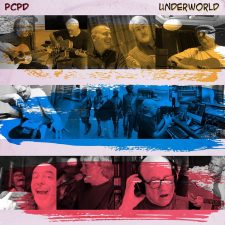 It sure was. In fact, it intrigues me that there are still movies and music that were massively popular in the 80’s that I know nothing about. I was in high school and only had a part time job, so I couldn’t really afford to see every movie or buy every LP that I wanted. I love hunting all of that stuff down now.

Proceeds from sales of the compilation go to the Michael J. Fox Foundation which, also, seems like a perfect fit. When did you decide that would be the best goal to work toward?

Back To The Future is probably my favorite film of all time. When it was originally released, my friends and I went to see it every weekend that it was playing. It’s a part of my DNA. I’m a huge fan of Michael J. Fox, as an actor and as just an extraordinary human being. He’s done more to promote the idea of a cure for Parkinson’s than anybody, when he could have just retired in luxury. In a way, it feels like we’ve always been friends.

There are a lot of notable names involved with this project. Not only do you have a track on there, but you also have Brandon Schott, Lisa Mychols, and many more kind of hiding in plain sight. Who else is involved?

Tons of friends and people that I admire; Graham Elvis of The Elvis Brothers (with Adian Belew!), Ralph Covert from The Bad Examples, comedian Rob Paravonian, Coke Belda, Ed James (A welcome return!), Jeff Shelton of The Well Wishers and more.

How difficult was it to get the artists on board? From the outside, one might think the notion of independent artists kind of foregoing their identities would be counterintuitive to them, but the collection is not hurting for participants by any stretch. 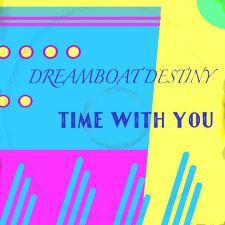 Yeah, the fake identity idea had a couple of artists balking at being involved, but most of them were able to be convinced. Most of us just promoted it on social media as “Hey, look at this old song I did back in the 80’s! It’s going to be on a new charity comp benefiting Michael J. Fox’s foundation!” I think that once we got going and a few people shared their early mixes, everyone realized how much fun it would be to join in. That was one of the main goals of this, aside from the charity aspect, just to facilitate everyone having a good time with the unusual assignment.

What’s particularly interesting is that there’s no one common approach to the songs. Some of the artists imagined themselves as performing in the 1980s. Others fully adopted their alter egos and used the opportunity as a style homage. When the tracks started coming in, what were your impressions of the material? 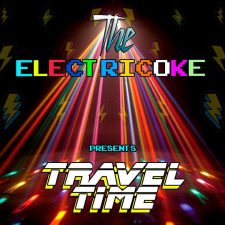 Before I’d heard anybody’s song, I wondered if I’d get 15 songs that sounded like the same couple of artists. Even the songs that had similar style origins, though, were so different from each other that there was plenty of variety. It sounds like 15 different acts. I was thrilled that they were all so different, from new wave to romantic pop to ska to rock, there’s a lot of variety to keep the listener interested.

The other interesting thing about Back In Time is that it casts a light, albeit a sideways light, on the actual songs of the 1980s. For example, depending on what one was listening to at the time, the era might be strictly defined by synth-driven new wave. For others, it might be the era of super-reverb hair metal. And for still others, it might be reggae-inflected college rock and chorus pedals on the guitars. When an individual is faced with the prospect of “80s music” and still finds a wide variety coming from it, that’s a pretty intriguing phenomenon. Did doing this project give you a new perspective on that decade’s music that you might not otherwise have?

The new perspective came before the project, as I touched on earlier. The songs that the artists turned in were so good, I kept thinking, “Man, I want to hear a whole album by this band!” You’re right about the music of the 80’s meaning different things to different people. Bon Jovi’s “I’ll Be There For You” was just as likely to be a prom song as The Thompson Twins “Hold Me Now.” I love it all.

Where can people get Back In Time: Lost Hits of the 80s Volume Two? 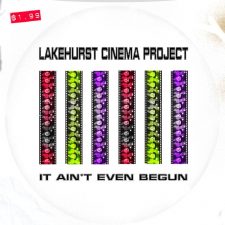 The fantastic indie record label Futureman Records, run by Keith Klingensmith, is the official home of this project. 100% percent of every digital download goes to the Michael J. Fox Foundation to help find a cure for Parkinson’s Disease.
Back In Time: Lost Hits of the 80s Volume Two is available through Bandcamp. All proceeds will be donated to the Michael J. Fox Foundation.
20