It’s a pleasure to chat with you, Andy.

Thanks man… pleasure is all mine…

You’ve released solo albums before, but with Kalman Filter you’ve added a dedicated project name—why take on a “band” identity for Exo-Oceans?

There’s some reasoning behind that, and to be brutally honest it’s to do with the fact that while the words “The Tangent” are a known brand in Prog Music, the words “Andy Tillison” have never had that saleability…. In fact it applies to most artists in prog, their name sells less than the band they are associated with. Kalman Filter also lets me assume a more anonymous role and introduce myself to a different crowd altogether as Electronica is something enjoyed by more than just the fans of prog…

Gotcha. You’ve had an interest in Electronica long before The Tangent, right?

Oh I’ve been making electronica since 1977 when I got my first synth. It was where I first dipped my oar into recording music. I was (still am) a major fan of Tangerine Dream, Eno, Klaus Schulze and many others in that arena…The thing was, when I started it was more achievable, because I could not play keyboards back then like I can now, and Electronica is more about the sounds you use than the technical ability you possess on the instrument.

Right. Speaking of the sounds available, how integral was the Arturia Matrixbrute to your composition of Exo-Oceans?

It was pretty crucial to this album. Since I had to part company with my modular system and my Minimoog I have spent a long time without a dedicated analogue synthesiser…I have always counted the exploration of the instruments as crucial as the music I am writing in this area, therefore an instrument like the MB is something I can really lose myself in. It’s a re-emergence of this type of instrument into the world – something that has been sorely missed for a very long time. 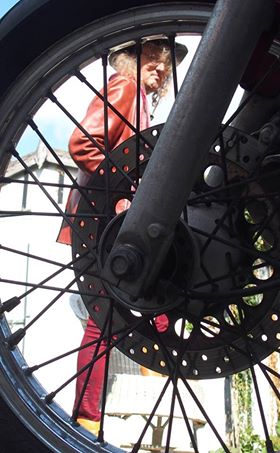 Did you have any conscious sense that you wanted the theme of Exo-Oceans to be as exploratory as your musical exploration with the instruments?

I think so. I started with an open book really – I wanted to write something that was inspired by some reservoirs near where I live. Yet at the same time other-worldly. So yeah, I kind of transplanted my ideas and first began to wonder how other life-forms from alien places would see the beauty of those places… what sensory receptors they might have to appreciate them. And then I turned it all around as though it was US who were appreciating bodies of water that were alien to US. So, that led me in a lot of directions…and the idea that the music was actually a picture rather than an audible thing was quite a thing for me.

Yeah. You call this Kalman Filter album a work of Musical SciFi—not about SciFi themes, but itself a Science Fiction. Why is that distinction important to you?

I think we get a lot of “Music based on this or that.” I am not sure it’s always fair to music that it happens. Music is often based on a story, a book, paintings, films. Occasionally I want it to just be the MAIN COURSE at the dinner. That the music can tell a story for the first time without being based on one already told. Similarly when I wrote a book “Not As Good As The Book”, there IS a case for it being the first ever book to be based on the music, rather than the other way around.

I like that. Of course there are influences on the music, but it does happen frequently—perhaps especially in progressive circles?—that albums are presented as musical adaptations.

All too often. Jules Verne, Paul Gallico, Conan Doyle, Poe, all these and more have been “done” by Prog bands and artists. I’m more interested in the stories that music develops… the Thick as Bricks, the Quadrophenias and Pastoral Symphonies. 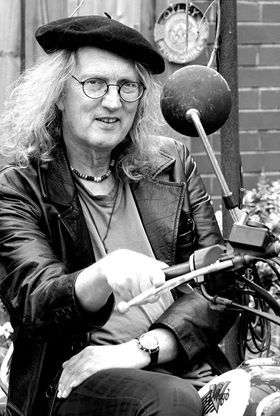 Indeed. And telling “your own” musical stories makes room for future expansion of that mythos, should the inspiration arrive.

How do you go about structuring an album like Exo-Oceans? There are ambient passages, “classic” electronica, some disco…but I hear the final product as not only including sounds that I recognize as oceanic, but the movement of the tracks themselves as…tidal.

The Sea of course is one of the great natural rhythms and sounds that the whole world can recognise. It’s part of the breathing planet we occupy and of course it has found its way into huge amounts of music through the ages….Camel’s “Lunar Sea”  was a similar example of course, and undoubtedly an inspiration…a sparking point. I love the liquidity the Synthesisers are capable of creating and the slow pulsing of the sea’s waves works well with the much higher frequency waves of music. They belong together. They are the same.

As I remember, waves of water was the exact analogy used for explaining sound waves when I was in school.

I have taught that myself…

So of course, if the Kalman Filter music is supposed to be the musical equivalent of an image of these extraterrestrial oceans…

Yes. It works on the concept that an alien being’s senses might respond to different wavelengths to ours. And without going too far into the details, in effect I surmise that the sound that we hear as humans, may be the way in which people SEE the world. The nearest analogy would be the way that Bats see in a different way to us…

I’ve seen some people—let’s say befuddled, at best—at the long period of quiet that ends “Jornakh.” The album’s only spoken words aside, this isn’t just a joke, is it? It strikes me as thematically important, if a bit challenging to a listener.

No. It’s not a Joke at all. Obviously taking a risk like this can arouse some irritation with people.. and yes, more words have been spoken about the silence at the end than have been spoken of the music itself. This is a product of the internet age, the immediate reaction, the desire to say “been done, hate it, waste of time, annoying” etc. Those people are sadly looking on this as though I’d sold them a kettle or commercial product for use in the home. I hadn’t. I’d sold them a piece of art. And I put that art in a frame. And some of the background of the original canvas is unpainted. Negative Space. Around which music can ghost in, and out. Drift in and out of consciousness. 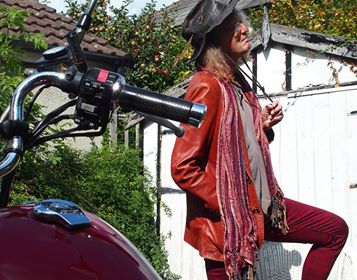 Exactly. And “in, out, drift”—this is an album of ocean music.

When making an album about the fact that aliens may see/hear/understand things in a different way,  it’s possibly a little mean to criticise it simply for proving that point! However, none of that happens until an hour of constant music with no silence has passed. That’s longer than one and a half classic period Tangerine Dream albums…ha ha.

Yes. It’s like going to the West Coast of Britain and complaining that there is no sea. (It goes out half a mile or more). IT COMES BACK!!!

Hah! As to the majority of the album that sounds more song-y, Matt Stevens (The Fierce and the Dead) features on “Karus.” Y’all have played a few shows together, and Kalman Filter already sounds like a band name, so are there plans to play this music live in the near(ish) future?

There are indeed. Now that the new Tangent is out there, I fully intend to start the procedure for live performance…I have a number of people in mind.

I doubt that TBH. I would like to have just one thing to worry about at a gig!

Fair! Speaking of The Tangent, the press copy for the new album, Proxy, promises some musical twists; I suppose that means that, even by The Tangent’s adventurous standards, we’ll be hearing some different things on Proxy?

Certainly…that is part of the group’s policy these days…to keep delivering what people originally wanted from us, with some new possibilities on display every time. Yes, we have attempted this time to make one of the two longer tracks into a Prog Rock epic NOT made out of traditional prog rock constructs…So – imagine if you made the Eiffel Tower out of Mahogany instead of Iron…It does everything a prog Rock epic normally does.  It has the solos, the recapitulations, the themes, time sigs and multithreaded songs. But it’s MADE from something else. Try It!!

Please tell me there will be a t-shirt with a Mahogany Eiffel Tower on it…”The Tangent: Made From Something Else.” 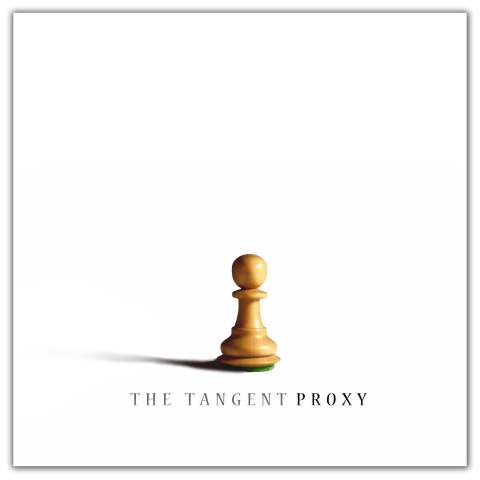 The Proxy cover art is striking in its simplicity and metaphor. This is itself a departure from the extravagant images of past albums. Who designed this cover art, and did you direct them to try something more elegant?

Every so often  a band has to just make people see it in a different light and we wanted our cover to say that this time. While we love our Fantasy Artwork from Ed Unitsky and the amazing complex Comic Book art from Mark Buckingham… the PAWN which is itself an example of a “Proxy” was perfect and such a beautiful thing. The band’s friend Martin Reijman took the photo at my request and he really did get it. It has a fantastic attitude and stance and is unbelieveably elegant. Martin actually went and bought the chess set to take the picture. Dedication! The “Design” of the cover is mine and most of the photography is Martin.

Thanks again for chatting, Andy, and looking forward to the new music on the way.

Thanks to you Craig and to MusicTAP for keeping music like ours and artists like us in people’s’ view in this bonkers electronic world!

Exo-Oceans is available on Bandcamp via Bad Elephant Music, or as an add-on with pre-orders of The Tangent’s Proxy