I was first introduced to The Posies in early 1991, via a work colleague of mine. I was at my first record company job – my first job right out of college, as a matter of fact – and this fellow said “you might like this band; they do the kind of harmonies you’re into”. So we went to see them perform on a Saturday night at Maxwell’s in Hoboken, New Jersey. I was impressed by what I heard – although having been in a band that did a version of The Hollies’ “King Midas In Reverse” with 3-part harmonies, I did have a moment of self-satified glee… Nonetheless, they were quite enjoyable. Poppy, yet subtle with their depth. They’d just released their major label debut, Dear 23 (on Geffen’s DGC) and were being heralded as part of this latest wave of bands that were all (seemingly) influenced by a band I was familiar with, Big Star (you can include Teenage Fanclub and Matthew Sweet in this category and at that moment in time). I picked up Dear 23 and it delivered on the scorching guitars, the rich harmonies and the powerhouse melodies. The funny thing is, as I hoped and expected The Posies to make a big splash, they were upended by certain label mates who were also in a band from the Seattle, Washington vicinity. And so the story started to go for The Posies, but here’s a little background:

The Posies are driven/directed by Jon Auer and Ken Stringfellow; their mastery of harmonies really don’t need all that much of a “sales pitch” here. You’ve heard the albums, seen them live and know the extent of their talents. Their early success and notoriety as this next crop of “sons-of-Big Star” led Jon and Ken to become the anchors of the reconstituted Big Star in ’93 – where they would remain until Alex Chilton’s death in 2010.  They began by releasing their debut, Failure, on PopLlama in 1988 and garnered the buzz that would get them signed to DGC.  Dear 23 came first, in August, 1990.  Some personnel changes led to a harder-edged sound (in trying to swim against the tide of grunge) with April, 1993’s Frosting On The Beater, which gave us the band’s signature song, “Dream All Day”.  A 3rd DGC album, Amazing Disgrace came in May, 1996 and the band were subsequently dropped from the Geffen/DGC roster (and split for a while).

Fast forward to now and the good folks at Omnivore Recordings have remastered, reissued and added to the packages of Dear 23 and Frosting On The Beater, both of which are now available again.  Two 2-CD packages, with the original albums, plus 27 bonus tracks on Dear 23; Frosting On The Beater adds 30. 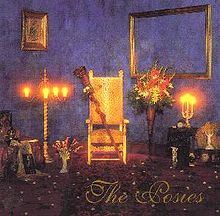 Among some of the “choice” tracks from Dear 23, the exquisite and heartbreaking “Suddenly Mary”; the chilling “You Avoid Parties”; the rollicking opener, “My Big Mouth” and one of their earliest calling cards, “Golden Blunders” (which Ringo Starr had the good taste and sense of humor to cover).  While I’m never too over-excited about demos as bonus tracks, the two gems I locked into here aren’t demos; it’s the inclusion of the 1992 PopLlama single of “I Am The Cosmos” and “Feel” – both written by Chris Bell.  And, of course, as history knows, “…Cosmos” was the only single released by Mr. Bell just before his tragic car accident in 1978, while “Feel” is the opening track from Big Star’s 1972 debut, #1 Record.  So, naturally, there is a greater joy for me. 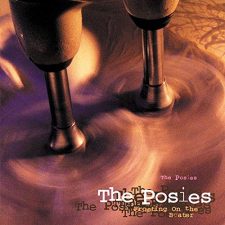 Frosting On The Beater‘s shining moments are the aforementioned “Dream All Day” (also the title of the band’s Geffen years compilation), the outstanding “Burn & Shine” and two tracks which have since become Posies “classics”, “Definite Door” and “Solar Sister” (a staple of every Posies show).

Amazing Disgrace will follow in October of this year (Failure was already reissued last year), but for now, two double-discs of The Posies at their best should be either the perfect introduction to this very important and, at times, criminally overlooked band – or it’s a wonderful reminder of how you felt when you first heard these two works.