Angel To Get Collector 7CD Box, Angel – The Casablanca Years

After the rise of KISS on the Casablanca label, it was the sworn intent of label head, Neil Bogart, to bring the label into contention with the top ones of the time. And it did well. One of the bands that it signed was a Washington DC-based rock outfit called Angel. They released a great debut with their self-titled studio set. On their third album (On Earth As It Is In Heaven – 1977), they enjoyed some radio success with “That Magic Touch”. By the end of their run, they had released six studio sets, and a Casablanca-era live set, Live Without A Net (1980). Aside from assorted solo efforts from some band members (Gregg Guiffria went on to form House of Lords, and Guiffria), there were not any continuance after the 1999 attempt with In The Beginning. 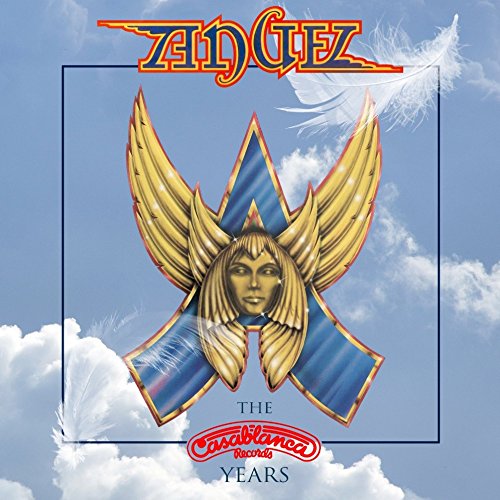 On August 31, Mercury Records will release a 7CD Box, Angel-The Casablanca Years that will feature all of the label’s Angel albums including Live Without A Net. An extra CD will be packed in with the box set that will provide a collection of rare song edits and alternate versions. The box will add in a 28-page booklet with photos, memorabilia, notes by Dave Reynolds detailing the history of the band, and credits.

To date, there isn’t a track list although it’s the bonus disc that we all want to know the content of. And no cover art. I’ll update after I acquire the track-list and cover shot.