Stranger Than Fiction, 1994 Bad Religion Classic To Be Reissued

LA Punk in the formative ’80s was a force to be reckoned with. It was as different as night and day from NYC Punk, but that didn’t change its power and strength. One of those LA bands (and there were many) was Bad Religion.

Beginning in 1982 with the release of their debut, their recorded output eventually numbered sixteen albums, their last being True North (2013). One of the classic sets was Stranger Than Fiction released back in 1994. It was their large label debut having been signed to Atlantic Records. It was their only album to reach Gold status. There were four singles pulled from the album. Stranger Than Fiction is still considered their best release.

Stranger Than Fiction had assist from luminaries like Tim Armstrong (Rancid), who sang on “Television”, Jim Lindberg (Pennywise), vocals on “Marked”, and the legendary Wayne Kramer (MC5) who contributed guitar on “Incomplete”.

On March 9, Epitaph Records (who eventually came to control the entire catalog) will release a newly remastered (by Bob Ludwig) edition of Stranger Than Fiction. This remaster will be reissued on CD, DD, and on two versions of vinyl (black, gray). 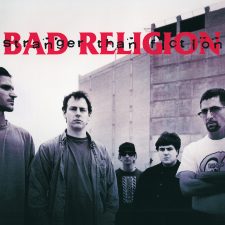