Wishbone Ash had enjoyed a strong UK following all the way through their Twin Barrels Burning album, which was issued in 1982. It was followed up by 1985’s  Raw To The Bone. Both albums were released on independent labels as MCA had finished with the band after their Number The Brave album from 1981. For many, the band was still hitting on all cylinders even though they had adopted a familiar and saving ’80s metal sound to stay relevant for Raw To The Bone. Twin Barrels Burning still carried the evolved sounds from Number The Brave and is more reminiscent of the earlier band than Raw To The Bone is. Regardless, Wishbone Ash, admirably helmed by Andy Powell, eventually struggled to maintain an existence with multiple lineups that included the original four for IRS Records (Nouveau Calls – 1987, Hear To Hear – 1989). 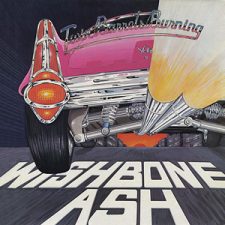 Twin Barrels Burning, and Raw To The Bone both disappeared to relative obscurity, forgotten to time, if not for devoted fans, then to the changing times. 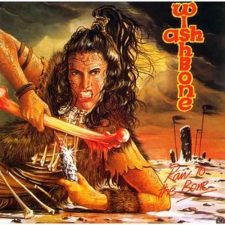 On the 19th of December, PledgeMusic will release in limited numbers both classic Wishbone Ash albums in newly remastered and amply expanded editions. After this, Cherry Red Records will be releasing these to the marketplace on wider release, planned for February 2 of 2018. All issues are from the UK and will need importation to the US.

Twin Barrels Burning will be issued in a 2CD package. Not only is the original music remastered, there will be inclusion of three sessions outtakes (“Cat And Dog Fight”, “Go For The Gold”, “Night Hawker”), and the desired American remixes of the original UK album in re-sequenced manner. 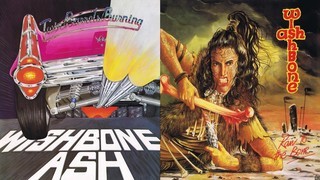 Raw To The Bone will also be issued in a 2CD package. The original CD will include the original ten-track album, with the add of five bonus tracks, one from the original 1985 sessions (“She’s Still Alive”), and four from a subsequent 1986 recording session (“Apocalypso”, “Valley of Tears”, “Nkomo”, “Talk To Me”). The added CD will include eight live performance tracks, four from The Friday Rock Show (“Long Live The Night”, “Cell of Fame”, “Love In Blue”, “People In Motion”), and four Live At Hammersmith broadcast from BBC radio (“Living Proof”, “Cell of Fame”, “The King Will Come”, “Blowin’ Free”).

Both titles will also be made available on picture disc vinyl, and two 2CD set bundles via Pledge Music (here).