The UK band known as Uriah Heep has effectively remained in a relevant state under the watchful eye of Mick Box, who had started the band at a young age. In addition to releasing an upcoming brand new album, the band has steadily updated their classic sets in both CD reissues and nice vinyl packages that feature color vinyl. For several years, these have slowly trickled out. It’s time for the new batch to come forward.

On January 20, two more classic Uriah Heep albums will be re-released on vinyl. Those will include Sweet Freedom, which was originally released in 1973 with the strong single, “Stealin'”. It was followed by the excellent Wonderworld, which is interestingly not included (yet?) as an updated vinyl re-release being leapfrogged by Return To Fantasy (1975) for the re-release. Even more interesting is that the stickered information on the sets lists Sweet Freedom appropriately as #6 in the series, and lists Return To Fantasy as #8 in the series. Hmmm… 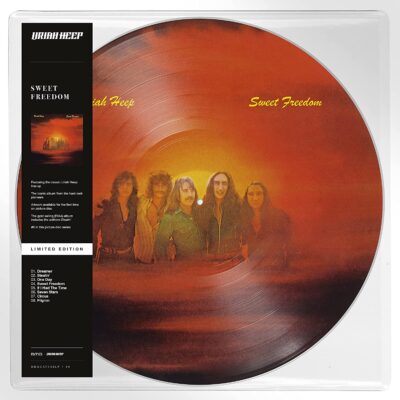 These two vinyl sets are Limited Editions and are distributed in the following way: both are picture discs with color vinyl. Sweet Freedom is pressed on fiery red vinyl, and Return To Fantasy is pressed on black vinyl. 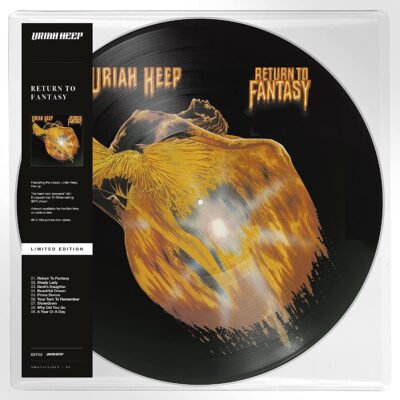 Perhaps we will yet see Wonderworld as a picture disc collectible.