As specific proof that music in the new ages can be just as compelling and wondrous as the golden era, there is Porcupine Tree. Begun in the UK around 1987 as the world’s music force weaned from New Wave and into the ’90s styles, Porcupine Tree became a force of inspiration. The membership included Steven Wilson (yes, THAT Steven Wilson), Richard Barbieri, and now current member, Gavin Harrison (since 2002). To date, Porcupine Tree has eleven studio classics. But it wasn’t until Lightbulb Sun (2000) that the UK began to solidify a more rabid fan base. Since, they have steadily gained in favor with The Incident (2009) becoming their most successful album worldwide. Before that, however, was the classic awakening with Deadwing from 2005.

On March 3, Porcupine Tree will revisit the Deadwing phenomena with a Deluxe Edition box reissue of Deadwing. This set will contain 3 CDs, and a BD. On those three CD discs will be found the 2018 remaster (by Steven Wilson) of the original album, a collection of B-sides, bonus tracks from the sessions, and a whopping handful of demo tracks. On the Blu-ray disc will be audio and video collections that include the original album remixed (2005) for 5.1 Surround (including four bonus tracks), along with an upgraded Stereo experience at 96kHz/24-bit. The BD will add in a ‘making of’ documentary (Never Stop The Car On A Drive In The Dark), a video of “Lazarus”, and a remixed 2005 Rockpalast broadcast. 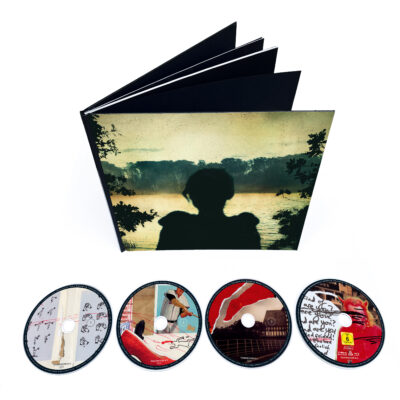 Inside the boxed set will be a 108-page book filled with everything you could imagine for an in-depth tome. You can go to Burning Shed for the pre-order here.