Virgin Prunes To Celebrate 40th Anniversary Of …If I Die, I Die

Virgin Prunes joined the post-punk fray in the early ’80s. They were renowned for their stage shows and eventually released their debut album on Rough Trade. The album was called …If I Die, I Die. Issued in 1982, they caught the interests of critics and started a slow rise. But as will often happen, Virgin Prunes disbanded after a short while just after their second album. They later reformed as Prunes without original mainstay Gavin Friday.

On December 2, BMG will revisit Virgin Prunes with a 40th Anniversary Edition for …If I Die, I Die. The classic album will be featured as a new remaster, and will add previously unreleased tracks to the package. A booklet will accompany all sets. 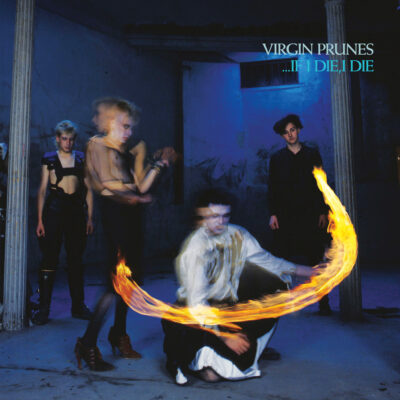 …If I Die, I Die will be reissued on 2CD (with 28-page booklet, Mediabook form), DD, and vinyl LP transparent vinyl (with 16-page booklet, art card, in Limited Edition Special Finish Gatefold Sleeve).