Steve Hackett was once an essential part of early Genesis before they arrived at their hits-laden years. His tenure held with Peter Gabriel, and for a few albums after the Gabriel departure. And while his signature was not on those hits, his works in earlier Genesis helps to define that period.

On September 2, Steve Hackett, along with InsideOut Music, will release a 2CD live set that showcases the Genesis period with their Seconds Out live album. Played out over several shows that included music from his newest solo album, Surrender Of Silence (2021). With this new live set, to be called Genesis Revisited Live: Seconds Out & More, Steve Hackett brings a fresh moment to his wondrous period with the old band. 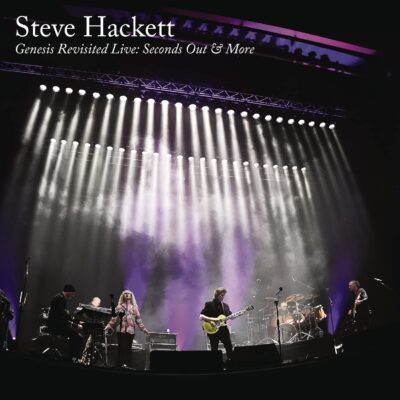 Genesis Revisited Live will be released on 2CD/BD-Audio, 2CD/2DVD, DD, and a 4LP/2CD black 180g-weight vinyl in gatefold Box set. There will also be a Limited Edition of the 4CD/2LP box with the vinyl color as Lilac. The BD-Audio and DVDs will feature Surround 5.1, and Hi-resolution Stereo.