Ronnie James Dio has held a strong legacy hold on Metal for quite some time. Not only was he an essential member of Black Sabbath (post-Ozzy), he was also an essence of Rainbow, the popular Ritchie Blackmore vehicle from the latter ’70s after Blackmore’s tumultuous departure from Deep Purple. When those moments were complete, Ronnie James Dio went on to further success with his own vehicle, Dio.

On September 23, Niji Entertainment (via BMG) continues its spotlight on Dio with the upcoming releases of two live Donington sets that covers the years of 1983 and 1987. The sets will feature the full live sets from both years in separate releases. Both sets of releases will deliver – in addition to the standard sets – limited lenticular art print editions producing 3000 copies only in the US. These will be known as Dio At Donington ’83, and Dio At Donington ’87. Both will be showcased over LPs and CDs. 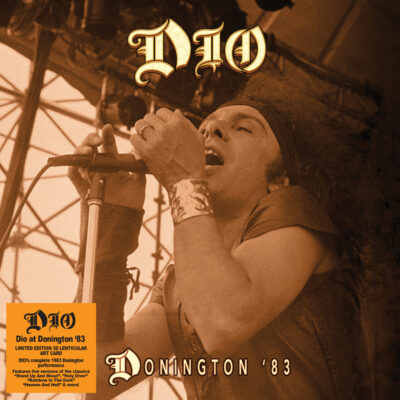 Dio At Donington ’83, and Dio At Donington ’87 will be released on CD, Limited Edition CD (with lenticular art print included), DD, 180g-weight 2LP in black vinyl, and Limited Edition 180g-weight 2LP in black vinyl (with lenticular art print included). The 2LPs will include an etching on side 4 of the 2nd LP. 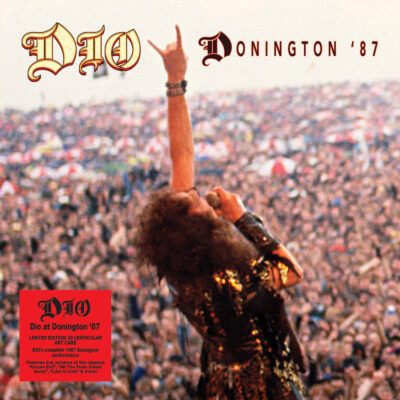