Jackie Evancho was nationally recognized as a powerful vocal force as a young 10-year old contestant on America’s Got Talent. Since then, she has gone on to release 8 solo albums across several genres of music. Her last album was The Debut, issued in 2019. It was a collection of broadway songs as sung by Jackie.

On September 9, Jackie Evancho returns with a new album to be called Carousel Of Time. It will contain 10 covers of Joni Mitchell songs in the unmistakable Evancho style. Joni Mitchell is a popular and influential artist that has deservedly captured the attention of many artists in new interpretations of classic tracks that include the timeless, “Both Sides Now”. The recently released “Both Sides Now” single can be heard below. Two other singles are also in release that include “A Case Of You”, and “River”. 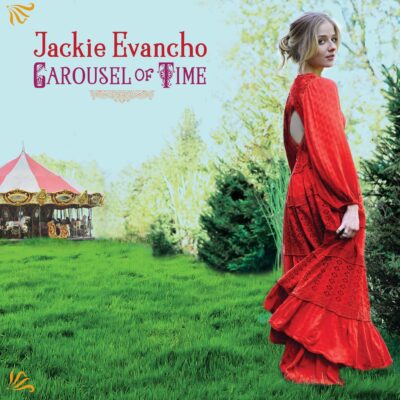 Carousel Of Time will be issued via new label, Melody Place Music. The album will be released on CD and DD, (and maybe LP).