The ’90s had its own parts running on the modified engine of Rock and Roll. Just as different as the ’60s were to the ’70s, the ’70s to the ’80s, and the ’80s to the ’90s, the new millennium had its own sound to cut another facet of the Rock diamond that we’ve grown to adore. As the 2ks aged (a bit), the music being generated eventually became a Pop world, where many rock bands (not all) were relegated to smaller audiences. One of those bands was known as Yeah Yeah Yeahs. Fronted by a charismatic Karen O, the trio punk pop band created four strong studio albums beginning with 2003’s Fever To Tell, which sold over a million copies worldwide.

On September 30, a reformed Yeah Yeah Yeahs will release their fifth set, Cool It Down. It will present 8 new songs from the band, one of which is in current release – “Spitting Off The Edge Of The World (featuring Perfume Genius)”. Hear that track below. 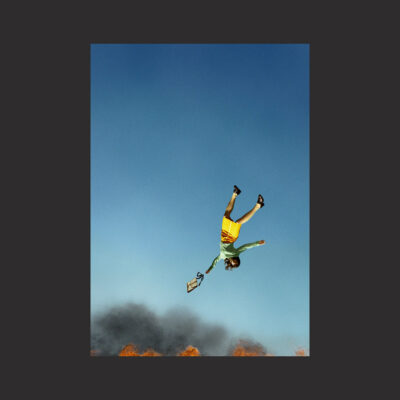 Cool It Down will be released on CD in a 4-panel wallet digipak and packed with a 20-page booklet, DD, and two editions of vinyl – standard black, and a 3-color twister LP. The 2 LP packages will come with a lyric and photo booklet. The new album is being released via Secretly Canadian Records.