The name of Alan Parsons carry an enormous respect with it. He has engineered The Beatles, and the Pink Floyd classic, The Dark Side Of The Moon. He has engineered albums by The Hollies, Ambrosia, and Wings. He has creatively produced and released a myriad of albums under the moniker, The Alan Parsons Project. Alan Parsons is in a class by himself. His last album with APP was in 2014 with The Sicilian Defence. Fast forward…

On July 15, Frontiers Music will release a new solo effort by Alan Parsons called From The New World. This album will feature new songs that will bring back memories. It will be guested by Joe Bonnamassa, Tommy Shaw, David Pack, and James Durbin. 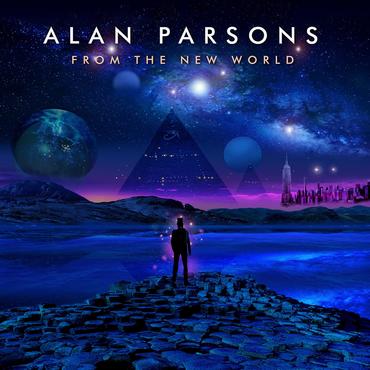 From The New World will be issued on CD, DD, CD/DVD-Audio (with 5.1 Surround Mix) Edition, LP in a standard black issue as well as two exclusive Limited Edition color vinyl packages that offer Yellow and Clear pressings. A Boxed Set will feature the 11-track album with CD, DVD-Audio, a DD of Live In Madrid, a Large Tee, a Transparent Blue 180g-weight vinyl LP, a poster, and a numbered lithograph.

A new song from the album, “Uroboros” can be heard below.

(Thanks to K Kline for the alert!)