Rock and Roll has easily surpassed the 60th anniversary of its arrival. Since, nothing has come close in music style to change it other than generational taste. The influences remain the same as they ever were. And with that, there are more than a few 50th Anniversaries for quite a few great albums. One of them is Madman Across The Water, the 1971 album (his fourth) from Elton John. Now that the news is officially released, we have the updated information of the classic album.

On June 10, the 3CD/BD Deluxe set of Madman Across The Water will be released that features the 2016 Bob Ludwig remaster. It will also deliver a collection of piano demos, a mono single version of “Levon”, the anticipated extended version of “Razor Face” and , outtake, an original version of “Madman Across The Water”, live performance tracks that include a disc full of 8 BBC Sounds For Saturday live tunes. 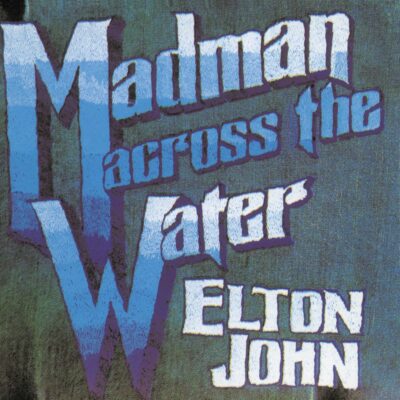 The full package will provide a richly stuffed 104-page book with essays, notes, credits, photos, and memorabilia. A truncated 40-page booklet will accompany other LP and CD packages. Making the set more memorable will be a reproduction poster from 1971. 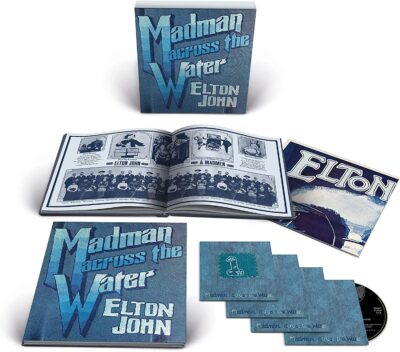 Madman Across The Water will celebrate its 50th Anniversary with the above mentioned 3CD/BD Deluxe package, as well as a 4LP 180g-weight standard black vinyl set that offers the 40-page booklet, and the poster. A 2CD set will be made available with the 40-page booklet. A Limited Edition vinyl color 180g-weight LP set that include a blue/white colored single LP. You can pre-order these from the Elton John site here. Quiet Riot To Reissue Alive And Well On 2CD Edition

One thought on “UPDATE: Elton John Celebrates 50th Anniversary Of Madman Across The Water”