Regina Spektor To Release New Album, and Revisit 11:11 In A Vinyl Box Set

Regina Spektor became a NYC darling in the East Village during the early days of the new millennium. With her approach to Folk music, she self-released two albums before being signed to a national deal with Sire Records. With that, she rose to national prominence eventually selling over a half million copies of her fourth album – Begin To Hope (2006). Four singles peeled from that album including “Fidelity”. To date, she has seven studio titles out, her last being Remember Us To Life (2016).

On June 24, Sire will release her next album – Home, before and after. It will feature ten new songs, one currently in release. You can hear “Becoming All Alone” below. 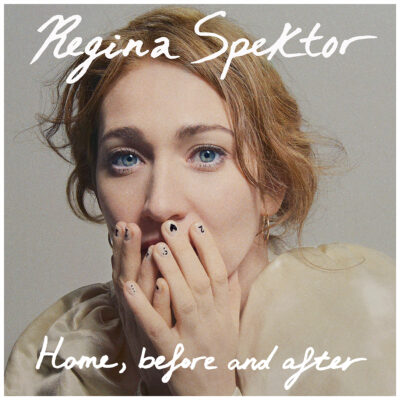 On May 6, Regina Spektor will also return to 11:11 with a vinyl LP Box that will include her first album as well as Papa’s Bootlegs. These sets will be newly remastered for the reissue. The box will contain three vinyl LPs (11:11, and 2LP for Papa’s Bootlegs). The 11:11 album will be pressed on clear vinyl, while the two Papa’s Bootlegs LP will be standard black. A lyric booklet will be featured in the box. Home, before and after will be released on CD and DD. No word yet on any possible vinyl LP releases.

Home, before and after – Regina Spektor
01 Becoming All Alone
02 Up the Mountain
03 One Man’s Prayer
04 Raindrops
05 SugarMan
06 What Might Have Been
07 Spacetime Fairytale
08 Coin
09 Loveology
10 Through a Door