Lycia Classic, A Day In The Stark Corner, TO Be Reissued On 2LP Collectible Sets

Lycia is one of those bands that is impossible to replicate. With a sound sometimes given the gothic label, it’s actually far from that even as it can easily be adopted. And that’s what Lycia music is…adoptable. The film industry has yet to discover the original music and extraordinary soundscapes that float effortlessly in the mind of Mike VanPortfleet. Since 1989. Lycia has released 12 albums, all epics, all unique. One of their unmistakable classics is Cold, released in 1996. And yet another is A Day In The Stark Corner from 1993.

On March 4 of 2022, Avantegarde Music will reissue two collectible vinyl editions of A Day In The Stark Corner. One of those issues will be 2LP Black vinyl, another will be a Limited Edition Coke Bottle Green 2LP package. Both will be presented in gatefold jackets. 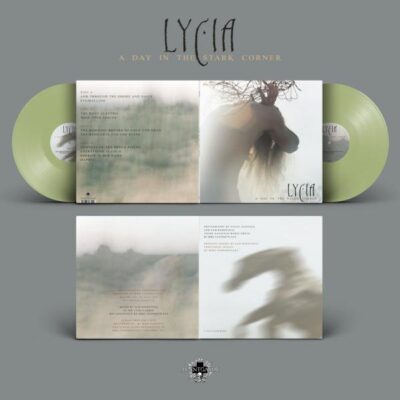 Previously, two of the Lycia classics (Cold, Ionia) have been reissued on beautiful collectible vinyl by Avantegarde Music. If you’re a Lycia fan with a love for vinyl, here’s an opportunity to update your Lycia library with stunning reissues. You can order here.

Film creators…you have no idea what you’re missing.

2 thoughts on “Lycia Classic, A Day In The Stark Corner, TO Be Reissued On 2LP Collectible Sets”