Steve Goodman is one of the classic Chicago folk artists that have made a strong influential impact on Rock music during its growth years of the ’70s. As a matter of fact, as many may not know, it was Steve Goodman who penned the famous track “City Of New Orleans”, which was highly popularized by Arlo Guthrie back in 1972 (Willie Nelson also enjoyed success with the song in 1984). The original Steve Goodman track was recorded and released on his first album issued in 1971. It is just as good a listen as those magnificent covers. But that song isn’t his only legacy. In fact, he has written many. Steve Goodman enjoyed a devoted fanbase through his career. Today his music is still warmly remembered. Sadly, Steve Goodman died of leukemia back in 1984 cutting short a career already filled with musical gems. 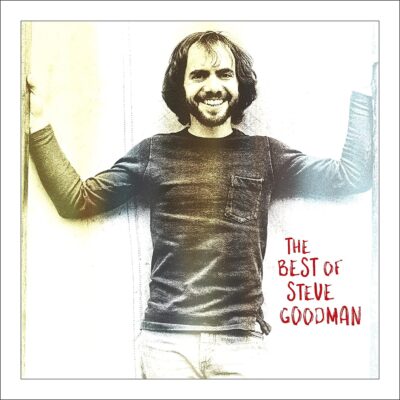 On November 5, Omnivore Recordings will release a ‘best of’ for Steve Goodman detailing his time with Red Pajamas Records, which come after his two with Buddah Records and his five with the noted label, Asylum Records. He recorded one with the label while he was alive and two that were released posthumously. Otherwise, Red Pajamas was home to five live sets, two Asylum ‘best of’ collections as well two assembled compilations of its own.

The Chi-Lites Get 2CD Compilation: Too Good To Be Forgotten