The Go-Go’s entered the charts back in 1981, an all-girl California band surfing the growing New Wave genre. (Sorry.) Their entry was Beauty And The Beat, issued on notable New Wave label, I.R.S. Records. From there, the singles lifted the band to excellent and pleasing sales. The album sold over two million copies in the US, over a million in Canada, and more worldwide. The Go-Go’s only released three studio albums before disbanding in 1985 for a number of reasons. They have since reunited for tours, another studio album, and for the fun of it. Beauty And The Beat produced two hit singles with “We Got The Beat”, and “Our Lips Are Sealed”. 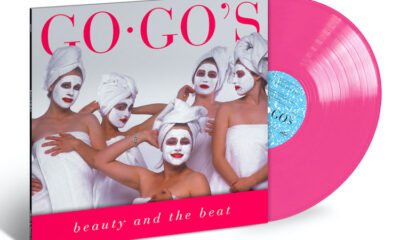 On September 10, The Go-Go’s will celebrate the album’s 40th Anniversary with a limited edition pink-color vinyl LP. Each LP will be numbered. The cover shot features a new photo from the original photo sessions for the album. Currently, the LP is sold out, which makes this an interest piece. But one never knows. A second pressing could materialize.