In the early ’70s, Slade built a nice fanbase, mostly in the UK where they were almost always top of the pop. Their songs were excellent power pop classics, many crammed into near perfect albums. One of those near perfect albums is Slayed?. Slayed? was the band’s third album, and was released in 1972. One of the songs, “Mama Weer All Crazee Now” went on to even greater fame as a cover hit for Quiet Riot. (Previously, Quiet Riot scored big with their cover of “Cum On Feel The Noize” on their multi-platinum Metal Health album issued in 1983.) Nevertheless, Slayed? was a stunning and quite listenable collection of songs. 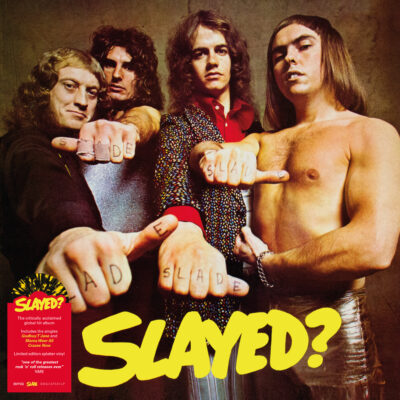 On September 3, BMG will release a limited edition black and yellow splatter vinyl edition of Slayed? The album is available in many forms but this is a collectible for the Slade fan who loves vinyl, especially colored vinyl. 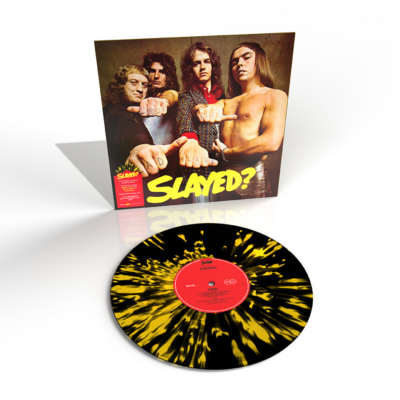